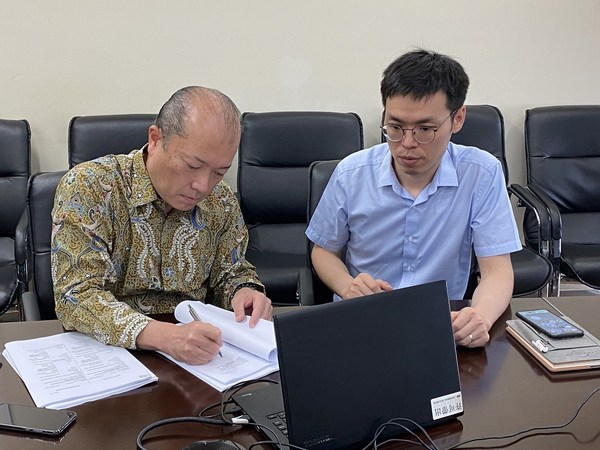 Similar Francis turbine as for the Kerinci Hydropower Plant

Because the head at the Kerinci Hydropower Plant is higher than 400 meters, technologies to meet the high head and rotating speed are required for delivering hydro turbines. Toshiba ESS and THPC won the order because they were evaluated for their strong technical capabilities, the high reliability of their equipment, and their experience in delivering hydropower equipment to clients all over the world. Furthermore, TAPI also contributed to sales activities and has earned customer trust as a partner, even though opportunities for overseas business trips have been limited because of COVID-19.

Shinya Fujitsuka, Director and Senior Vice President of the Power Systems Division at Toshiba ESS, said, “I’m pleased that we received orders for hydro turbines and associated equipment for the Kerinci Hydropower Plant in Indonesia. Toshiba ESS will continue to contribute to supplying highly reliable equipment for hydropower plants all over the world in cooperation with local, reliable hubs in order to realize carbon-neutral electricity generation.”

This time, THPC will work for the design and manufacturing of the hydro turbines at THPC’s operations in China, and TAPI will handle the dispatch of instructors for installation work on site, and offer online technical guidance so that the project can be carried out as planned without delay even to COVID-19.

Toshiba Group had delivered 60 kW hydro generators as the first domestic equipment for the Keage Power Plant, which was the first commercial Japanese hydropower plant when it started operation in 1894. Since then, the Group has a delivery record total of more than 2,700 hydro equipment, and an output total of more than 66 GW for over 40 countries, including Asia and other areas. As hydropower is the main resource of clean energy in Southeast Asia, Toshiba Group has delivered hydropower equipment for such countries as Thailand, Vietnam, Philippines, and Laos. Toshiba Group aims to achieve a carbon neutral society by continuing to bring high quality products to China, Southeast Asia, Africa, and other regions all over the world.

About Toshiba Energy Systems & Solutions Corporation
Toshiba Energy Systems & Solutions Corporation is a leading supplier of integrated energy solutions. With our long experience and expertise in a wide range of power generating and transmitting systems and energy management technology, the company delivers innovative, reliable, and efficient energy solutions across the globe. Expanded from Toshiba Corporation (TOKYO: 6502) in October 2017.
https://www.toshiba-energy.com/en/index.htm