Home Off The Wire The Second Qingdao Multinationals Summit opens 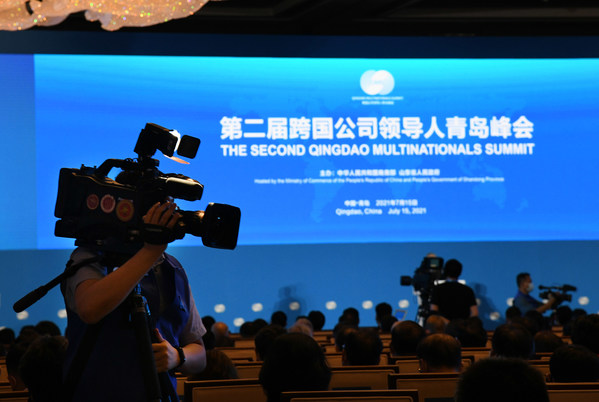 The successful holding of the Second Qingdao Multinationals Summit in Qingdao, China.

At the opening ceremony, Enrique Lores, HP CEO of the United States, Sohn Kyung Shik, CJ Group President of South Korea, Fabrice Fourcade, EDF Corporate Vice President, President of China and other leaders of Fortune Global 500 companies reviewed and summarized the origin and cooperation results between their companies and China through “online and offline” ways, with expectation to further integrate into the development paradigm featuring dual circulation, in which domestic and overseas markets reinforce each other through deepening cooperation.

As China’s leading cloud computing and big data service provider, Xiao Xue, senior vice president of Inspur Group Co., Ltd., said at the summit that China’s economic development needs deep participation of multinationals, including not only their investments but also their advanced management concepts, technical capabilities and services. The relations between multinationals and Chinese local companies are not alternative or purely competitive, but competitive and also cooperative, which can be complementary to each other.

Zhang Qingwei, full-time deputy secretary-general of the Secretariat of the Qingdao Multinationals Summit, said that multinationals are an important carrier connecting China’s building of an overseas and domestic dual circulation in the new development pattern. This summit will deepen exchanges and cooperation between China and multinationals, and promote China’s opening up to the outside world in a wider scope, a wider field and at a deeper level.

It was reported that this summit was sponsored by the Ministry of Commerce of the People’s Republic of China and the Shandong Provincial People’s Government and lasted for two days. It aimed to build a platform for in-depth exchanges and cooperation between multinationals and China, involved eight topics such as China’s carbon peak and the development opportunities of multinationals, and released a research report entitled “Multinationals in China: A New Pattern Brings New Opportunities”.

As the first batch of coastal open cities in China, Qingdao is at the forefront of reform and opening up, boasts a large number of national famous brands such as Haier, Hisense and Tsingtao Brewery and has long been a hot spot for multinationals to invest. 166 Fortune Global 500 companies including Panasonic, Samsung and Airbus have invested and settled in Qingdao. 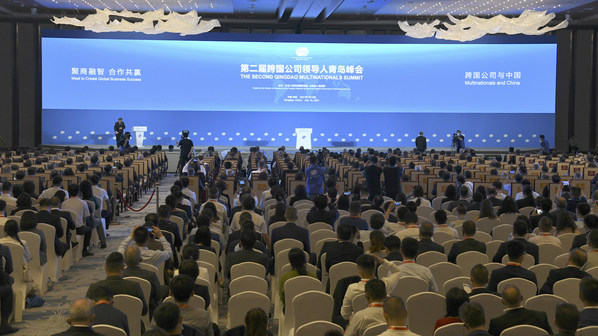 The venues of the Second Qingdao Multinationals Summit.