Home Off The Wire Visang Education – Children’s and Primary School Program Finalist at the 2021...

– Named in 2 categories at the UK’s Bett Awards, the world’s most prestigious honors in the ‘education technology’ industry

SEOUL, South Korea, Feb. 3, 2021 /PRNewswire/ — Visang Education (KOSPI 100220), a global education company led by CEO Yang Tae-Hoe announced that it had been nominated as a finalist for the Bett Awards at the 2021 Bett Show – the world’s largest Edtech event – held online this past January 20th – 22nd. 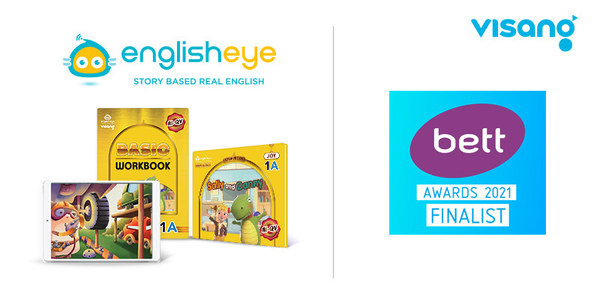 The Bett Show (formerly known as the British Educational Training and Technology Show) is a global series of education fairs organized annually in London since 1985 under the auspices of BESA (British Educational Suppliers Association).

Visang submitted its products to compete in the 2021 Bett Awards, which this year included 22 unique categories. Of these, “Covid-19 Response Champions – International Initiatives” saw Visang’s online pre-school program, Nuri Plus, named a finalist, while the self-directed English learning program for primary and middle school students, englisheye, was shortlisted for the “International Digital Educational Resource” award.

Nuri Plus is a service developed to support early childhood education institutes.  Visang is the only Asian company that made finalist in the 2021 Bett Awards for the said category.

On December 8th last year, K-Service Special Top was awarded to Visang during the 57th Trade Day, an occasion established and hosted by the Ministry of Trade, Industry and Energy and the Korea International Trade Association. It was a recognition of Visang‘s export of education programs to countries including China, Vietnam, Canada, Paraguay, Myanmar, Qatar, UAE, and Egypt.

“I am very honored to have contributed to Edtech both in my homeland and abroad,” said Junwoo Hyun, CEO of Visang Education Edtech. “In the future, we strive to lead the global Edtech market through outstanding learning programs from South Korea.

Upcoming Changes in the Salmon Industry?