Home Off The Wire Atlas Renewable Energy Secures Financing with BNB for the Construction of Lar...

Sao Paulo, Feb. 18, 2022 /PRNewswire/ — Atlas Renewable Energy, a global renewable energy generator, has secured a R$407 Million (approximately US$76 Million) loan from Brazil’s Northeastern Bank’s Northeastern Constitutional Financing Fund for the construction of the Lar do Sol – Casablanca II solar plant, which will be located in Pirapora, State of Minas Gerais, Brazil. The self-production plant will help power Unipar to produce chlorine for the treatment of water for over 60 million people. 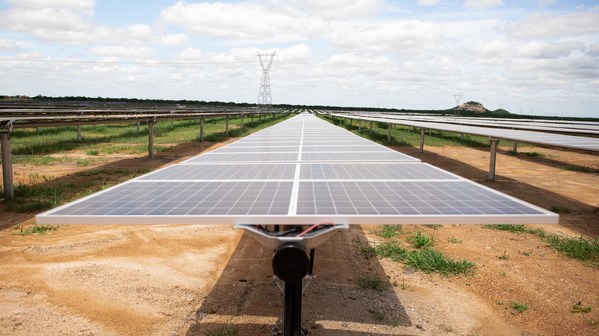 An Atlas solar power plant in Latin America. The company has over 2GW of contracted projects.

Atlas Renewable Energy will be the main investor and operator, and will partner with Unipar, who will co-invest.

“Projects like these are great examples of long-term relationships between a renewable energy generator, a financer and a client,” said Luis Pita, General Manager for Atlas Renewable Energy in Brazil. “We are very proud that Unipar and BNB recognize Atlas’ capabilities and track-record in this industry to select us as their partner to build and operate large scale renewable energy projects and implement social and environmental programs for the benefit of the communities that will surround this project.”

“The financing for renewable energy projects stands out among the support policies of Banco do Nordeste do Brasil SA. The Institution is the largest regional development bank in Latin America and stands out from the rest due to its developmental mission focused on generating employment and income in its area of operation,” said Superintendent of Banco do Nordeste de Brasil Diego Rocha Batista. “In addition to having adequate conditions for the sector, the credit program is part of the bank’s environmental sustainability actions. The completion of another financing with Atlas Renewable Energy in Brazil reinforces the commitment to the sector and recognizes the entrepreneurial group as an excellent partner in the region.”

The Lar do Sol – Casablanca II Solar Plant, which will occupy about 700 hectares, will have an installed capacity of 239MWp with 460,000 solar panels. The plant’s yearly energy generation will be the equivalent of supplying energy to about 261,662 households, according to the average consumption of a Brazilian family. Moreover, the plant will avoid approximately 40,500 metric tons of CO2 emissions per year, which is equivalent to removing 16,200 vehicles from the streets of Sao Paulo.

Apart from powering Unipar’s production of chlorine and chlorides, the plant is set to hire about 1,200 local employees during the peak construction activity and it will also implement Atlas’ female workforce program “We are all part of the same energy”. With this, Lar do Sol – Casablanca II will be adhering to at least 5 of the UNs’ SDGs (#5: Gender Equality, #6: Clean Water and Sanitation, #8: Decent Work and Economic Growth, #10 Reduced Inequalities and #12: Responsible Consumption and Production).

Atlas Renewable Energy is a renewable energy generation company that develops, builds, and operates renewable energy projects with long-term contracts across the Americas. The current company portfolio is 2.3 GW of contracted projects in development, construction, or operational stages, and aims to expand by an additional 4GW in the next years.

Launched in 2017, Atlas Renewable Energy includes an experienced team with the longest track record in the solar energy industry in Latin America. The company is recognized for its high standards in the development, construction, and operation of large-scale projects.

Atlas Renewable Energy is part of the Energy Fund IV, founded by Actis, a leading private equity investor in the energy sector. Atlas Renewable Energy’s growth is focused on the leading emerging markets and economies, using its proven development, commercialization, and structuring know-how to accelerate the transformation toward clean energy. By actively engaging with the community and stakeholders at the center of its project strategy, the company works every day to provide a cleaner future.