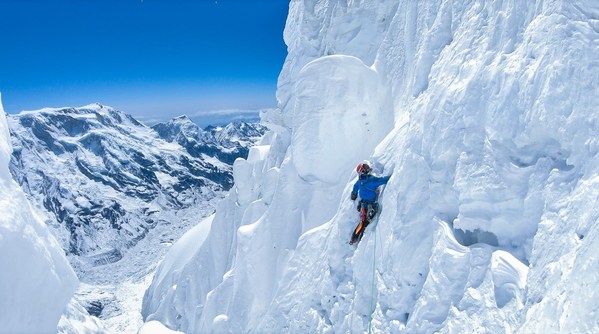 Grand prize winner in the competition section of the 6th Ulju Mountain Film Festival, The Wall of Shadows by Eliza KUBARSKA

Prior to the closing, award winners were announced in a total of seven award winners of the international competition and NETPAC Award on April 7.

The honor of the grand prize went to The Wall of Shadows, directed by Eliza KUBARSKA, which was highlighted by its unrivaled narrative tension and outstanding filming techniques. The Best Alpinism & Climbing Film was awarded to Everest – The Hard Way by Pavol BARABÁŠ who won the grand prize at the 2017 2nd Ulju Mountain Film Festival. The Best Adventure & Exploration Film went to Into the Storm, which was directed by Adam BROWN who won the grand prize at the 2020 Kendal Mountain Festival.

The Best Nature & People Film was bestowed to The Magnitude of All Things by Jennifer ABBOTT. The Special Jury Prize went to Climbing by KIM Hye-mi, which was the only Korean film in the International Competition section. The jury’s Special Mention went to Marcin POLAR’s The Tough.

NETPAC (The Network for the Promotion of Asian Cinema) Award was decided as <Bandar Band>.

The 6th Ulju Mountain Film Festival recorded approximately 3,600 offline audiences and about 18,000 online audiences, thus recording around 21,600 total number of audiences. This is a 20% increase compared to the previous edition. Furthermore, there were about 53,000 views for the film festival contents uploaded to the official YouTube channel, and it was estimated that about 6,600 general people including to exhibition and experience programs visited the event.

Just as the film festival chairman and director stated several times that the goal of this year’s film festival is a ‘safe’ festival, all of the events were held under heightened infection safety rules. Furthermore, as a new way for communication in this pandemic era, GV (guest visits) with overseas directors and mountaineers via online received a lot of positive reviews. Furthermore, a concert program by artists of Ulsan called “Song of Spring” and UMFF offered enjoyment suited to the nature of the festival through climbing experiences.