SEOUL, South Korea, Dec. 17, 2020 /PRNewswire/ — JOYCITY (CEOs: Seong-won, Cho and Young-ho, Park) announced on December 17th, that ‘3on3 Freestyle: Rebound’ will officially be released in South Korea, and the regions of Hong Kong, Taiwan and Macao on Steam. 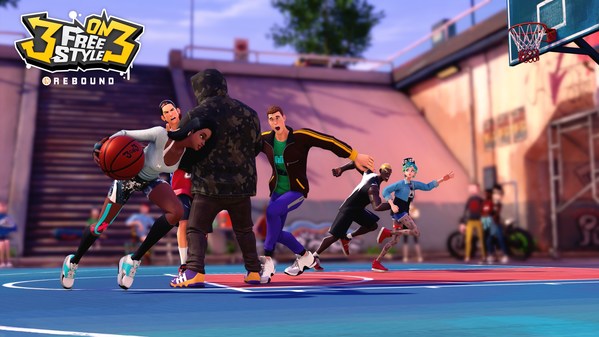 ‘3on3 FreeStyle: Rebound’, official release in South Korea, and the regions of Hong Kong, Taiwan, and Macao!

In time with the excitement of the new region release in full swing, 3on3’s ‘Battle Pass’ comes back to greet the winter season with full-on animal suit costume sets. The Battle Pass has a tradition of introducing new costume sets every season, along with exclusive rewards respective to their unique, seasonal themes. For this winter season, players can unlock the new, exclusive animal costume sets along with the Intensive Manual, Random Platinum Card Packs, and other exciting rewards.

In addition, various events will be held in conjunction with the recent cross-play update. Players joining from the new regions can participate in the on-going events as well. A special ‘Together Buff Ball’ item will be awarded to all players who login staring now, until January 12th, and more valuable rewards will be provided through the ‘Mission: Possible!’ events.

The ‘Best Fashionista’ event is also taking place on the official 3on3 social media platforms. The top 5 players from the Fashionista event will receive an exclusive nametag and rich points as rewards. This is a great time to participate for those who would like to show off their customized 3on3 FreeStyle characters.

And, if that wasn’t enough, JOYCITY is also planning a major update on the 23rd featuring a new Character and Court for players around the world to enjoy together.

JOYCITY is excited to welcome new players from South Korea, and the regions of Hong Kong, Taiwan and Macao. With the on-going updates and events, JOYCITY will continue to deliver the best street basketball experience on ‘3on3 FreeStyle: Rebound’ for their players around the world.

Check out the official website ( http://3on3.fsgames.com/ ) for more information related to the update and events for ‘3on3 FreeStyle: Rebound’.

Travel Preparations are Underway: More Fun Awaits in the Philippines

Right Issue to Develop Ultra-Micro Ecosystem, A New Source of Growth Amidst the Pandemic

‘2021 Asean-Republic of Korea Fashion Week’ Will Hold a Digital Collection...