ABU DHABI, UAE, Oct. 24, 2020 /PRNewswire/ — The Judging Committee for the Zayed Award for Human Fraternity (ZAHF) was received by His Holiness the Pope today, following the first open launch for submissions in its second edition on Monday, October 19th. 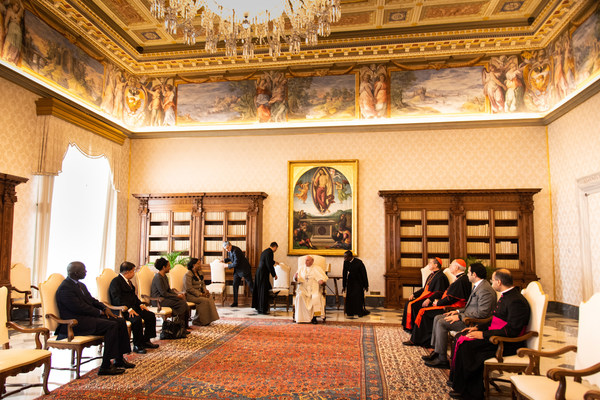 During the meeting, Pope Francis welcomed the members of the Committee, and stressed the importance of their role and mission, as impartial and independent judges. The Pope also encouraged members to identify worthy individuals who have benefitted humanity and are also motivated to continue their efforts beyond receiving the award.

His Holiness concluded: “I have shared bread with my brother, the Grand Imam Al-Tayeb, and I want you to help humankind, with the Committee, to share bread. I will pray for you, and I hope you that you will pray for me.”

In thanking the Pope for the meeting, members of the Judging Committee welcomed his support for the Committee’s goals, which are tied to the principles of the Document on Human Fraternity. They also praised the global inspiration for fraternity that the Grand Imam and His Holiness have provided, in signing the Document, in Abu Dhabi, last year. In recognition of this historic event, the Pope and Grand Imam of Al-Azhar, became the first honorary co-recipients of the award.

Organised by the Higher Committee for Human Fraternity (HCHF), today’s visit highlights the award’s shared ambition and fundamental ties with the Document on Human Fraternity and the principles it promotes.

Ahead of their audience with Pope Francis, the Committee held its inaugural 2021 meeting, yesterday, in Rome. These regular fortnightly meetings are held throughout the submissions phase to discuss the nominations received.

The five-person judging committee, and HCHF Secretary-General, is an independent and neutral body, appointed by the HCHF. They are:

For more information go to: www.zayedaward.org.