Home Off The Wire Artmarket.com: Pak allows thousands of collectors to buy part of a work...

PARIS, Dec. 11, 2021 /PRNewswire/ — The idea of buying an artwork collectively goes back a long way and has been entertained in various schemes and formats. But the problem of how to resell your ‘shares’ was always a complicated obstacle.

However, according to Artprice, this problem has finally found a solution with NFTs. Anonymous artist Pak put “mass units” up for sale on Nifty Gateway for 48 hours. The final work, titled The Merge, is made up of 266,445 “units” that can be sold separately and instantly on the blockchain. 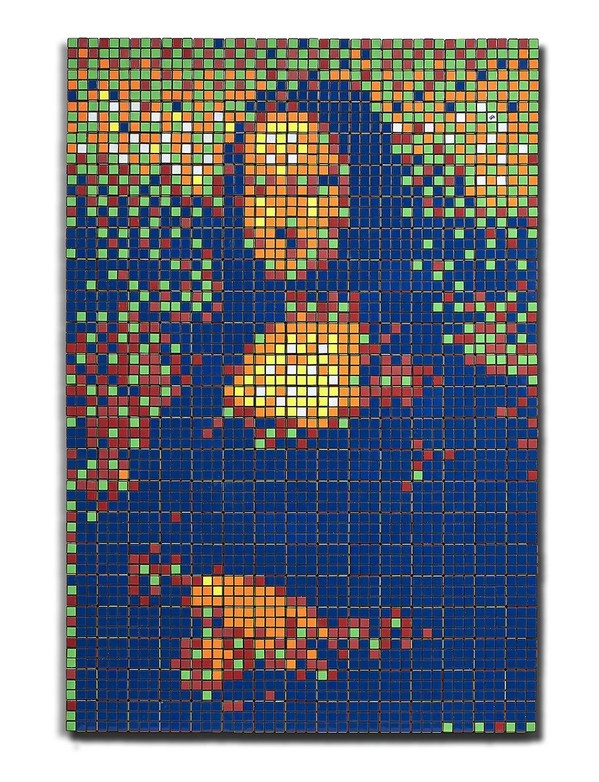 thierry Ehrmann, CEO and Founder of Artmarket.com and its Artprice department: “

Blockchain and NFTs have at last made it possible to design properly effective forms of securitization on the art market. Non-fungible tokens open up endless possibilities for the acquisition of shares in a work, as Pak has demonstrated with this extraordinary sale. This represents a veritable paradigm shift for the art market“.

From now on, the unknown factor is no longer the sale price (fixed in advance) but rather the number of units purchased. Moreover, Pak and Nifty Gateway developed a whole strategy to boost demand during the 48 hours that the sale lasted:

In total, 266,445 “mass units” were purchased for $91.8 million by 29,000 different buyers. This makes an average price of $316 per unit and an average of 9 units acquired per buyer. According to Artprice by Artmarket, the result is a genuine ‘community’ that the artist has brought together to create a gigantic and dematerialized work, in which everyone is free to resell their shares at any time.

Typically, works of art are auctioned off as one-offs rather than as a series. Jeff Koons’ Rabbit sculpture (1986) made Koons the most expensive living artist in 2019 when it sold for $91.12 million.

One or more works?

In April 2021, Pak organized a sale with Sotheby’s called The Fungible Collection. For three days, for only 15 minutes each day, anyone could acquire “cubes” at a fixed price:

While the cubes in each buyer’s wallet were linked, the 23,598 cubes did not make a total work per se: each purchaser acquired his own set of cubes with an average purchase price of $587. Similarly, Beeple’s The first 5,000 days (sold at Christie’s in March 2021 for $ 69.4 million), is theoretically made up of 5,000 full works, the average price of which is therefore around $14,000.

By way of comparison, the sale of the Macklowe Collection on 15 November 2021 at Sotheby’s New York raised $676 million from 35 works; that’s an average value of $19.3 million per lot. The comparison doesn’t make a lot of sense except from the point of view of the homogeneity of the works and their securitization. Imagine you’d been given the opportunity of acquiring a share in Mark Rothko’s No. 7 (which entered the Macklowe Collection in 1987) for $500. After its sale for $82.5 million, you would own a 165,000th part of the painting.

However, Pak’s approach is the opposite since the work, The Merge, did not yet exist at the time of the sale. No-one knew what it was going to look like. By buying a part of this unknown work, each collector contributes to it. Encouraged by a low starting price but also encouraged to acquire the largest number of units in order to receive a reward, The Merge is a game that brings together technology buffs, cryptocurrency and NFT devotees and art enthusiasts increasingly fascinated by this universe.

Artists have now moved into the primary position around which the art market revolves.

According to Artmarket.com, NFTs represent a genuine grassroots movement that has created its own ecosystem, with a virtuous economy and exponential growth potential.

Indeed, the turnover generated by NFTs so far this year (to 9 December 2021) – as measured by ERC 721 and ERC 1155 Ethereum smart contracts relating to the art market and collections – is 26.9 billion dollars (source Chainalysis).

Artprice by Artmarket, the world leader in information on the art market, has set itself the ambition through its Global Standardized Marketplace to be the world’s leading Fine Art NFT platform.

Artmarket with its Artprice department accumulates data on a permanent basis from 6300 Auction Houses and produces key Art Market information for the main press and media agencies (7,200 publications). Its 5.4 million (‘members log in’+social media) users have access to ads posted by other members, a network that today represents the leading Global Standardized Marketplace® to buy and sell artworks at a fixed or bid price (auctions regulated by paragraphs 2 and 3 of Article L 321.3 of France’s Commercial Code).

Index of press releases posted by Artmarket with its Artprice department:
serveur.serveur.com/Press_Release/pressreleaseEN.htm