WELLINGTON, New Zealand, Oct. 31, 2021 /PRNewswire/ — Jacinda Ardern’s government will face growing calls to deliver on election promises as the covid crisis subsides, according to new research from Lord Ashcroft Polls. Ardern remains the country’s most popular politician and voters give her high marks for dealing with most aspects of the pandemic, but questions remain over delivery in key policy areas like crime, transport, health and housing – the most important issue for voters. 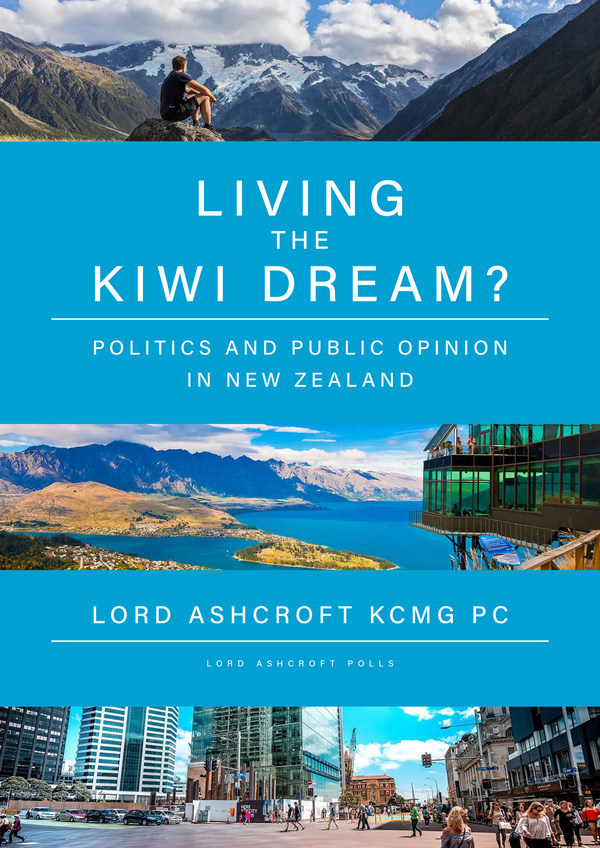 Lord Ashcroft’s research – comprising a 5,000-sample poll and focus groups throughout the country – also explores voters’ views of life and opportunity, indigenous rights, the country’s place in the world, and current social and cultural issues. The findings include a revealing exploration of how voters see New Zealand’s leading politicians and their parties.

In his introduction to the report, Lord Ashcroft writes:

“Most still feel lucky to be in what they believe is still one of the best places in the world to live, but pressures are crowding in. The cost of living was spiralling, people told us; healthcare was not what it should be, transport infrastructure was lacking, and crime was becoming a frightening feature of daily life in what people had always considered an unusually safe and peaceful country.

“Nor is Ardern herself politically invulnerable. Her saintly demeanour has so far served her well, but there is a feeling that she benefits from very professional but tightly controlled PR. When we asked our focus groups to imagine each political party as a house, most thought Labour’s would be a normal, cheerful, comfortable sort of place – but ‘there would be portrait of Jacinda in the hallway, like Mother Theresa’ and the Prime Minister herself would be in the kitchen, pretending to cook.’

“No-one will criticise a leader for good presentation, but these things could soon start to grate as attention turns from the pandemic towards her biggest Achilles heel: delivery. The failure of the Kiwibuild scheme to come anywhere close to meeting its homebuilding targets is only the most glaring example of the gap people are beginning to see between empathy and results.”

Meanwhile, the National Party “seems to people to be divided and demoralized, and with no clear sense of direction. It is hard to escape the parallels with the UK Conservatives in the early years of Tony Blair, when the Tories found it hard to gain a foothold in public debate… There are no shortcuts back to power for a party ejected from office.”

Lord Ashcroft concludes: “Voters are willing to cut the government some slack while it deals with a crisis. But the post-covid questions are piling up. Before long, they will be looking for answers.”

Living the Kiwi Dream? Politics and Public Opinion in New Zealand is available to download for free from LordAshcroftPolls.com, together with full data tables from the poll.

LORD ASHCROFT KCMG PC is an international businessman, philanthropist, author and pollster. He is a former treasurer and deputy chairman of the UK Conservative Party, and honorary chairman and a former treasurer of the International Democrat Union. Lord Ashcroft has been polling since 2005, mostly in the UK, the US and Europe, winning a reputation for objective and impartial research and analysis. Living the Kiwi Dream? is his first polling project in New Zealand.