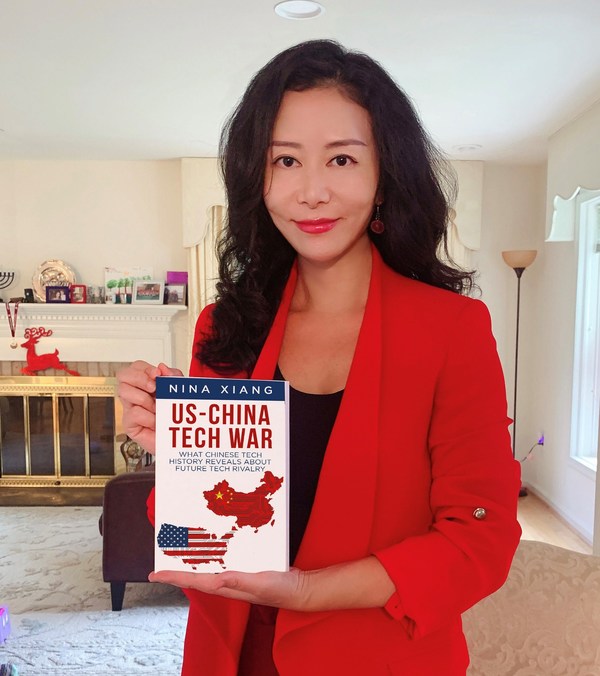 The book dives into the history of China’s technology development with a focus on the semiconductors industry, and illustrates how this saga of innovation shapes current and future tech clashes between the United States and China.

“Everyone is talking about the U.S.-China tech war, but few tried to understand it from a perspective of history,” says Nina Xiang, author of the book. “I wrote this book so that readers can understand how the U.S. and China arrived at their current positions.”

Despite decades of government-led efforts to boost its semiconductor chips industry, China has lagged far behind other countries, and the nation is vulnerable to U.S. trade blockades. US-China Tech War focuses on the semiconductor chip industry, the epicenter of the current US-China tech rivalry.

The book dispels key myths about how China progressed technologically: the whole-nation model, forced technology transfer, and China’s efforts to stimulate home-grown tech. The book’s deeper analysis into these hyped terms reveals a new angle for China’s innovation journey that will surprise readers.

“The U.S.-China tech war is not one started with a manifesto from either side or with one defining moment; it’s better defined as a war with sporadic barrages and unpredictable battles overlaying a steady hum of preparation,” says Nina Xiang. “Some frontlines have already been drawn, especially in regards to semiconductors, 5G, and artificial intelligence. These areas are seeing deepening decoupling between the two countries that is tearing apart decades of globalized supply chains.”

The book is currently available on promotion in e-book and paperback formats:
https://www.amazon.com/gp/aw/d/B098YSDSD6/ref=tmm_kin_swatch_0?ie=UTF8&qid=&sr=

Nina Xiang is part of the team winning an Excellence in Human Rights Reporting honor in SOPA Awards in 2007. She was awarded an Foreign Press Association Annual Scholarship in 2007.

She is an agenda contributor for the World Economic Forum and was named Female Entrepreneur of the Year at the ChinaBang Awards 2019. She appears frequently in a range of international media, including the BBC and CGTN. Her previous book Red AI: Victories and Warnings From China’s Rise In Artificial Intelligence was the number one new release in its category.