Home Off The Wire Blued launches Super Idol to showcase the vibrant talent within the global...

“The year 2021 is shaping up to be a promising year for LGBTQ+ talents despite limitations set by the pandemic. Recently, famous drag personalities announced the premiere of two drag shows in the Philippines,” said Liam Lu, Head of Blued International. “This time, Blued is proud to host a new platform for even more gay talents with ‘Super Idol’.” 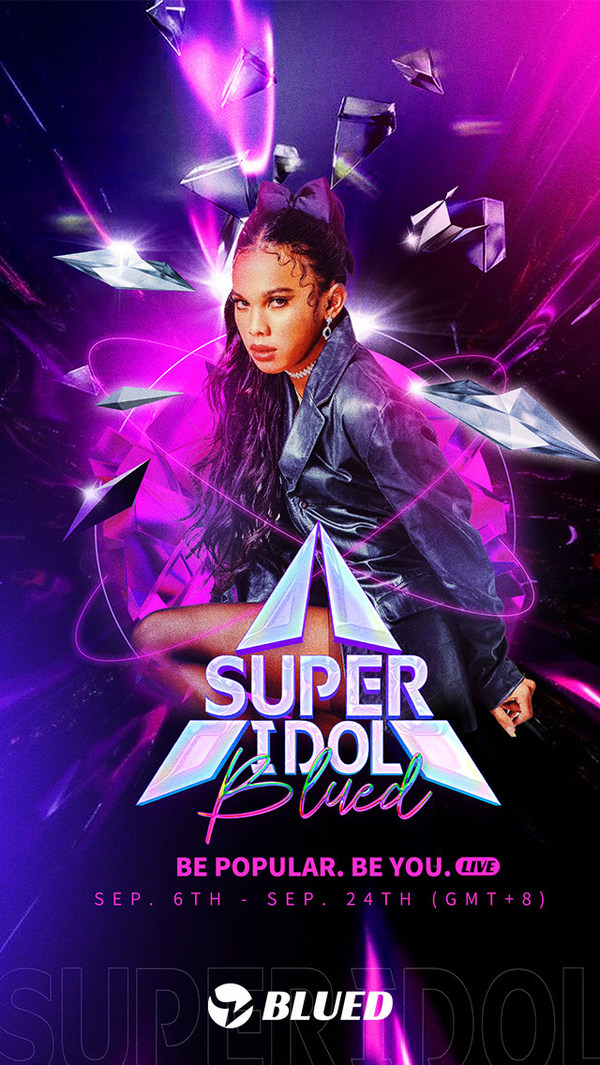 Recently, the app launched its global #LiveYourPride campaign in celebration of this year’s Pride Month. Additionally, Blued Philippines celebrated gays of all shapes and stories through “Living My Gay Life,” a local campaign which featured notable personalities such as viral content creators Sassa Gurl and Pipay Kipay, along with filmmaker and HIV advocate Wanggo Gallaga.

Set to be hosted on the Blued app, “Super Idol” is an upcoming talent competition open to all its 60 million plus users worldwide. The grand winner, as well as active audiences, both stand a chance to win cash prizes of up to $22,000.

To join, aspiring contestants must post their entries on their social media, tag the official Blued account, and have prior access to Blued Live. Auditions run from September 6 to 8, 2021.

Among all registered hopefuls, 30 will be selected to perform a series of tasks in the semifinal round. From there, the top five contestants will compete for the title of Blued’s first “Super Idol.”

Actor and comedian Awra Briguela is also set to appear as a guest judge in the final round.

“Filipinos are known to be a pageant and talent show-loving people. This is evident in their active participation in both local and international competitions,” said Lu. “With ‘Super Idol,’ we hope that the next big Filipino LGBTQ+ talent will be able to showcase their unique brand of star power and charisma on a larger, global stage.”

From the colorful gay pageants of small barrios to the anticipated “Drag Cartel” shows of popular bars, LGBTQ+ talents have long been carving their own niche in the local scene. With the boom of more competitions like this both on television and online, Blued is also out to create and redefine its own safe space for talented Filipino gays—even in the time of the pandemic.

Those interested to join “Super Idol” may see the full mechanics here.

Mobile app Blued is a location-based social networking service that allows the LGBTQ community to conveniently and safely connect with each other and express themselves, integrating live streaming services with customizable social news feeds, video and voice calls, as well as access to professional health-related services in selected markets. Blued, the central hub for world-leading LGBTQ platform BlueCity (NASDAQ: BLCT), is available in 13 languages and has connected more than 60 million registered users in about 170 counties. It is now the largest online LGBTQ community in China, India, South Korea, Thailand and Vietnam and has local operations in Brazil, China, India, Japan, Mexico, the Philippines, South Korea, Thailand, the US and Vietnam.