SEOUL, South Korea, July 28, 2021 /PRNewswire/ — LG Electronics (LG) has announced the four winners of its Life’s Good Music Project, which was led by GRAMMY-nominated, multi-platinum singer, songwriter, and producer Charlie Puth. And up-and-coming director Jackson Tisi, is currently putting the finishing touches on the meaningful Life’s Good Film. The two initiatives, which are both part of the 2021 Life’s Good campaign, have attracted submissions from over 1,600 talented, young people from all over the world, generating over 100 million views across social media to date. 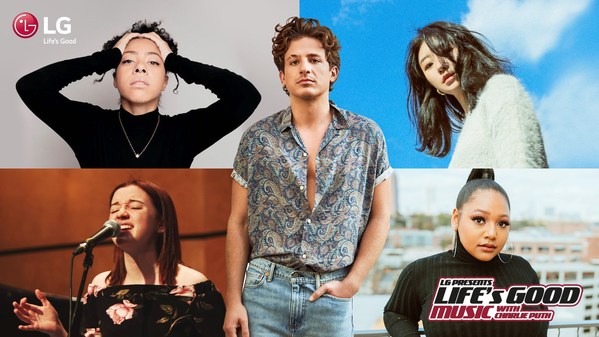 The Life’s Good campaign was launched last year to support the diverse and limitless possibility by giving aspiring musicians a platform to share their creativity with the world and help LG deliver its core philosophy and uplifting message of “Life’s Good.” Following last year’s Life’s Good Film project, LG included a filmmaking component to the campaign for this year, and asked the whole world to express what the company’s famous phrase means to them. 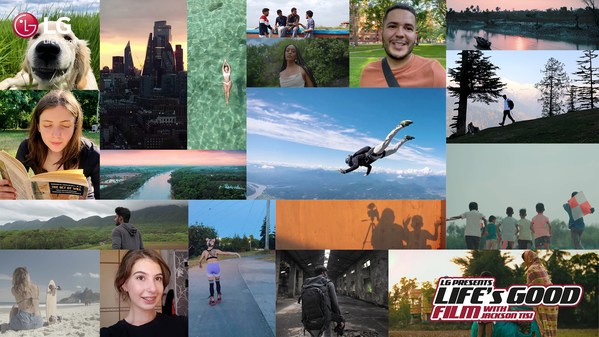 The four winners of the Life’s Good Music Project, all of whom were chosen by Puth himself, are Stacey Capers of Mebane, NC, USA, Stacey Ryan of Vaudreuil-Dorion, MTL, Canada, Sade Whittier of Long Island City, NY, USA, and Dani Kim of Seoul, South Korea. Selected by the critically acclaimed musician for their stand-out submissions, the talented Quadro will now have the opportunity to collaborate with Puth on the 2021 Life’s Good Song, which will be released later this year.

“I auditioned in succession last year and this year of Life’s Good campaign, and I love the message and spirit of it,” said Stacy Capers. “Also, I really thank LG and Charlie Puth for giving this opportunity to young musicians around the globe and sharing such an inspirational message that in the end, life is good.”

In addition to the once-in-a-lifetime experience of recording a track with one of the most consistent hit-makers and sought-after collaborators in the music industry, each of the four young artists will receive a state-of-the-art LG OLED TV* for their efforts.

Meanwhile, Jackson Tisi, who won Gold at the 2020 Young Directors Award, is taking footage submitted to the Life’s Good Film Project and crafting it into the Life’s Good Film. The finished film will highlight the personal experiences, unique viewpoints, and shared hopes of the next generation of filmmakers, and will be unveiled later this year on LG’s YouTube channel and Instagram. The creators of the selected footage will be recognized by having their names featured in the film’s credits.

“LG would like to congratulate the winners and thank everyone who participated for helping to make the 2021 Life’s Good campaign such a success,” said Lee Jung-suk, head of LG’s Global Marketing Center. “The Life’s Good Music and Life’s Good Film projects were launched to give talented, young people the opportunity to express themselves and deliver their own unique interpretation of LG’s well-known message and core philosophy. We can’t wait for the release of this year’s final song with the music video, and the final film.”

LG Electronics is a global innovator in technology and consumer electronics with a presence in almost every country and an international workforce of more than 75,000. LG’s five companies – Home Appliance & Air Solution, Home Entertainment, Mobile Communications, Vehicle component Solutions and Business Solutions – combined for global sales of over USD 56 billion in 2020. LG is a leading manufacturer of consumer and commercial products ranging from TVs, home appliances, air solutions, mobile devices, monitors, service robots, automotive components and its premium LG SIGNATURE and intelligent LG ThinQ brands are familiar names world over. Visit www.LGnewsroom.com for the latest news.

At only 29 years old, Charlie Puth has proven to be one of industry’s most consistent hitmakers and sought-after collaborators. Puth has amassed eight multi-platinum singles, four GRAMMY nominations, two Billboard Music Awards, a Critic’s Choice Award, and a Golden Globe nomination. His 2018 GRAMMY-nominated LP, Voicenotes, was RIAA Certified Gold only four days after its release and has logged five billion streams worldwide. In 2020, Puth’s collaboration with Gabby Barrett on their “I Hope” Remix earned him his fourth top 10 track on the Billboard Hot 100 and hit number one on the Billboard “Adult Pop Songs” chart, and his summer smash, “Girlfriend,” garnered more than 95 million global streams.

ASCOTT ACQUIRES OAKWOOD WORLDWIDE TO FAST-TRACK GROWTH TO OVER 150,000 UNITS...