Home Off The Wire Harbour City joins hands with Disney and Pixar to host Hong Kong’s...

HONG KONG, July 7, 2021 /PRNewswire/ — In celebration of Pixar’s 35th anniversary, Harbour City is joining hands with Disney and Pixar once again to bring to the city the first-ever Pixar Fest from now through 15 August. 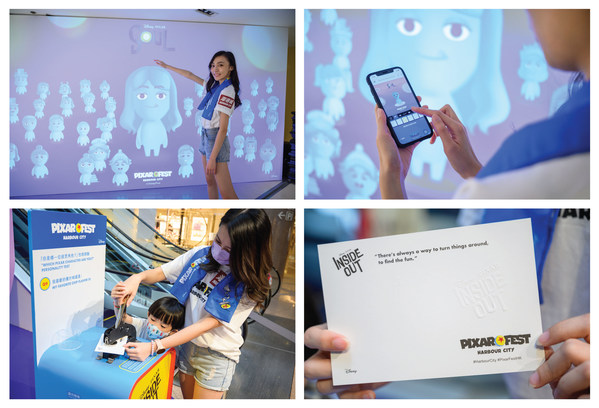 Harbour City adopts a new format to organize a large-scale event with installations and check-in points throughout the mall. 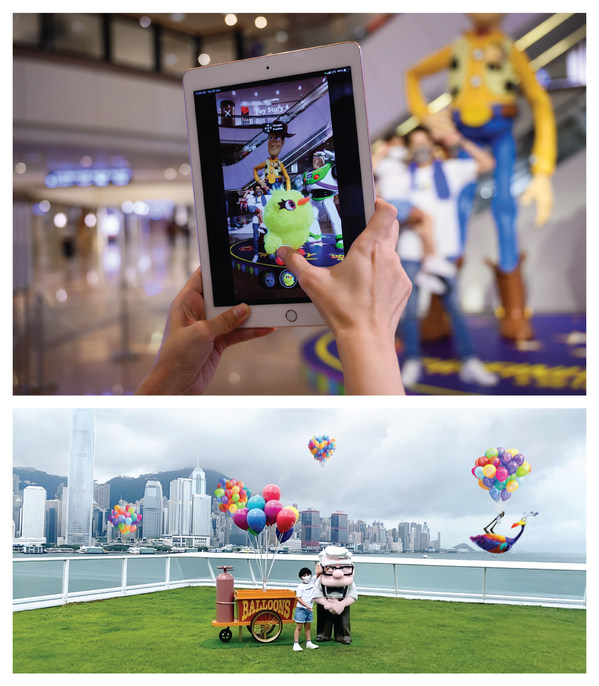 Leveraging the horizontal and spacious mall layout, Harbour City adopts a new format to organize a large-scale event with installations and check-in points throughout the mall to diversify foot traffic and minimize close physical contacts. In addition, Harbour City creates a series of interactive activities, including augmented reality (AR) check-ins and an online game, connecting the real and virtual world across offline and online platforms, offering guests multidimensional experiences.

Memorable scenes featuring 12 Pixar movies are brought to life at different parts of the mall. In addition, the iconic Pixar Ball and Lamp installation, 5.2 meters in height, matching the size as that in its headquarters in California, marks its first appearance in Hong Kong at Habour City’s observatory deck, “Ocean Terminal Deck” under the backdrop of the stunning Victoria Harbour views.

Classic Scenes Throughout the Mall — Pixar Ball and Lamp’s First Appearance in Hong Kong
Harbour City takes customers on an eventful movie journey of Pixar through mesmerizing photo spots featuring 12 of Pixar’s animations across the mall, such as Toy Story 4‘s Woody and Buzz Lightyear, over 4 meters and 3 meters high respectively, ready to soar “to infinity and beyond.”

Entering the main entrance from Ocean Terminal Forecourt, customers will discover a 3.4 meters high Pixar logo and a 7 meters high Pixar Fest arch in layering design. It is painted in the iconic red, yellow and blue colors from the Pixar Ball, with images of Pixar’s characters. The iconic Pixar Ball and Lamp installation, 5.2 meters in height, matching the size as that in its headquarters in California, will make its first appearance in Hong Kong at the observatory deck, “Ocean Terminal Deck”, against the 270-degree panorama of Victoria Harbour as the backdrop.

5 Movie-Scene Checkpoints — Incorporated with AR Photo Check-Ins
Apart from taking pictures on-site with the movie characters’ statues, customers can also capture the hidden characters through augmented reality (AR) at five checkpoints. These are made possible by the free Harbour City mobile app, “Harbour Cityzen”. By enabling the “AR Fun” camera on the app, and scanning the movie logos to trigger the characters to show up, customers can take pictures with them just as you are in the movies.

Online and Offline Interactive Activities
Within the campaign period, customers can create their little “Soul” and share it on social media platforms. Their “Soul” will appear on the big screen on-site along with others as well. (Game Site: http://event.harbourcity.com.hk) What’s more, Harbour City creates two kids’ activities inspired by the movie scenes from Inside Out and Cars 3. Kids can share how they feel at the checkpoint of Inside Out by picking the respective character’s sticker and putting it on the wall. They can also join the Remote Control “Cars” Lightning McQueen Turbo Racer test drive, where they can get on the McQueen toy cars for photos and be the new legendary racer on track.

Stamp Station Hotspots x Event Exclusive Premiums
Customers can get a Pixar Fest Postcards Set, travel around the mall to 12 Embossing Stamp Station Hotspots to emboss, and collect corresponding commemorative stamps on different postcards for memories. Upon completion of the route, they can redeem a Pixar Fest Poster. All net proceeds from the sale of Pixar Fest premiums will be donated to the charitable organization “Make-A-Wish Hong Kong”.