BARCELONA, Spain, June 28, 2021 /PRNewswire/ — GSMA is today celebrating the return of MWC Barcelona, the world’s largest mobile ecosystem event. This year’s edition of MWC Barcelona will be a powerful combination of a physical and virtual event – the first of its kind since Covid-19. The GSMA commits to bringing the best of what the mobile industry offers to its 35,000 in-person attendees and thousands more worldwide. This new format heralds a new era of connectivity and collaboration for the mobile industry. 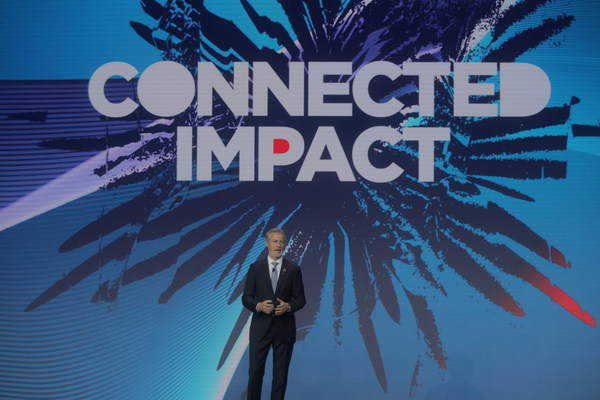 Kicking off MWC Barcelona 2021 with a keynote address, Mats Granryd, Director General of GSMA, said: “We are excited to be back to business, back in Barcelona and back together. This year’s theme, Connected Impact, puts front and centre the power of mobile technology to affect meaningful change. With arguably our strongest speaker line-up yet, innovative product launches, and the release of the GSMA Intelligence Global Mobile Economy Report 2021, we’re celebrating the resilience and progress the industry has made despite a year of extraordinary challenges.”

Launching today, the annual Global Mobile Economy Report reveals continued momentum surrounding 5G rollout, with every region in the world now hosting a live commercial 5G network. Since the industry last met in Barcelona in February 2019, the number of 5G networks increased from three in South Korea; to 165 networks in over 65 countries worldwide.

The report highlights the crucial role mobile technology will play as governments look to reinvigorate their economies and build a better, more inclusive society. It outlines a series of policy recommendations for shaping the post-pandemic digital economy, from direct stimulus funds and balancing policies for personal data to removing barriers to network deployment.

Other key findings include:

The Global Mobile Economy Report’s release coincides with the eagerly anticipated return of the GSMA Ministerial Programme. The programme sees 133 delegations representing 106 countries and 27 international organisations taking part in this year’s discussions. More than 650 senior policymakers, regulators, industry leaders, and government officials are coming together to discuss and learn how digital connectivity is acting in the service of people while driving economies of the future.

The first suite of GSMA applications hosted on the network aims to transform the wholesale roaming clearing and settlement process.

Recognising the critical role startups play in fulfilling the potential of mobile technology, 4YFN is now also underway. For the first time, will be placed at the heart of MWC Barcelona in the Fira Gran Via. New this year is the 4YFN Investor Programme, which will give the 400 international startups in attendance an opportunity to attract the attention of leading funds, VCs, and CVCs. In addition, the inaugural 4YFN Impact Awards will spotlight startups from around the globe who are making a positive contribution to the planet.

John Hoffman, CEO GSMA Ltd, commented, “The mobile industry is committed on driving innovation that is accessible, fair, and safe for all. This year’s MWC Barcelona is a perfect opportunity to come together as an industry and discuss how we can achieve this. While the mobile coverage gap has narrowed by 1 billion people in the last five years, a more significant usage gap remains, and together we must combat it.

“This week, I look forward to having conversations, in person and virtually, with those who want to challenge the present, champion the future and create positive impact for the world so that together we can unlock the full power of connectivity.”

Don’t miss tomorrow’s programme that includes a keynote from Elon Musk and a performance by Jon Bon Jovi live from TelcoDR’s booth. You can still register here, mwcbarcelona.com.

The GSMA represents the interests of mobile operators worldwide, uniting more than 750 operators with almost 400 companies in the broader mobile ecosystem, including handset and device makers, software companies, equipment providers and internet companies, as well as organisations in adjacent industry sectors. The GSMA also produces the industry-leading MWC events held annually in Barcelona, Africa, Los Angeles and Shanghai, as well as the Thrive Series of regional conferences.  For more information, please visit the GSMA corporate website at www.gsma.com. Follow the GSMA on Twitter: @GSMA.

150 Scholarships to Empower Pathways to STEM & Sustainability Education in Australia