Home Off The Wire ‘Cangshan’ Knives slices, dices and chiffonade’s into the Food Sport Arena

MELBOURNE, Australia, May 14, 2021 /PRNewswire/ — With 6 Golden Tickets, to cook off in the World Food Championships, up for grabs, having the right tools at your fingertips is a key ingredient for Food Champs when it comes to competing at the world’s largest Food Sport event, the World Food Championships Australia (WFCA). That’s why organizers at WFCA are proud to announce that all cook stations at #WFCA2021 will be equipped with the Award Winning Cangshan Knives, thanks to sponsor Cangshan Knives. 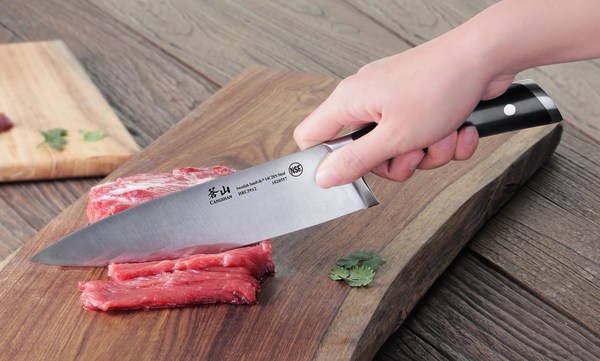 “Cangshan’s high-quality knives will face the ultimate test in the kitchen at the World Food Championships Australia and we’re confident the knives will play a crucial role in preparing winning dishes throughout the competition,” said Belinda Markoski, Director of Partnerships GL Exhibitions.  ‘We’re so excited to welcome Cangshan as the official knife sponsor for the World Food Championships Australia and truly appreciate their commitment to supporting the launch of Food Sports in Australia.”

Whether you’re a home cook or seasoned food competitor, it’s safe to say that we’ve all been spending more time in the kitchen whipping up new recipe creations during the past year of the COVID pandemic. As a result, organizers at the World Food Championships Australia (WFCA)  invites cooks of all types to put their recent kitchen skills and recipes to a taste test for a chance to compete on the World stage at the WFC in Dallas TX USA in 2022.

About the World Food Championships (WFC)

Since the World Food Championships (WFC) debuted in 2012 in the USA, sponsored by Walmart, the event has awarded more than $1.5 million in prize money and has produced 30 TV food stars. Global events company, GL Exhibitions is bringing the event to Australia and will be running it alongside the largest Australian food events targeted to the home cook, Love Cooking Show Live and the Cake Bake & Sweets Show in Melbourne and Sydney.

The World Food Championships (WFC) is the highest stakes food competition in the world. This multi-day, live event culinary competition showcases some of the world’s best cooks who compete for food, fame and fortune in 10 categories (Pork, Barbecue, Burger, Seafood, Game Meat, Vegan, Chicken, Lamb, Beef and Pasta). Now, Australians can compete to win a Golden Ticket entry to cook off against world competitors in Dallas TX, USA’s Ultimate Food Fight in 2022.