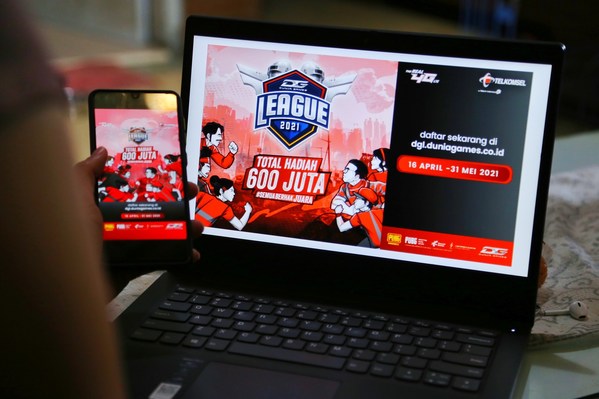 Marketing Director Telkomsel, Rachel Goh, says, “Telkomsel, through Dunia Games, strives to create more opportunities for Indonesian online game enthusiasts to sharpen their skills and competitiveness. The return of DGL is one of the manifestations of our passion to enable gamers to share their interests, connect, and collaborate for a more holistic esports ecosystem in Indonesia.”

“We are proud to have PUBG Mobile in DGL these 2 years in a row with Telkomsel as the biggest telco operator in Indonesia. We were also happy to announce that the top 2 of DGL 2021 will be invited to our PUBG Mobile Indonesia National Championship 2021 Grand Final,” said Southeast Asia PUBG Mobile Director Oliver Ye.

In its previous editions, DGL had successfully attracted tens of thousands of gamers to participate, while also captured millions of esports enthusiasts to stream the series. Therefore, DGL is back to reach more players and fans from every segment of society throughout Indonesia.

DGL 2021 will bringing together PUBG Mobile game enthusiasts from all over Indonesia and targeting thousands of professional and amateur teams to participate by opening registration online from April 16 to May 31. All participants will compete in the Qualifier and Play-Ins round between June 5 – July 11. Afterwards, the best players will compete in the Grand Final on July 17 – 18 for a total prize of more than USD 40,000. The whole event will be broadcast live through Dunia Games YouTube channel, MAXstream apps, and dgl.duniagames.co.id.

“DGL 2021 could become a gateway that open more opportunities for more Indonesian gamers to explore the esports industry. Subsequently, Indonesia will have more highly competitive talents in esports,” Rachel stated.

Dunia Games is the number 1 game platform and esports media portal in Indonesia with more than 12 million monthly visitors. Go to www.duniagames.co.id for further information.

Coa in Hong Kong is Named the Best Bar in Asia

Victoria donates 1,000 ventilators and other equipment to India

India travel ban: Why the controversy