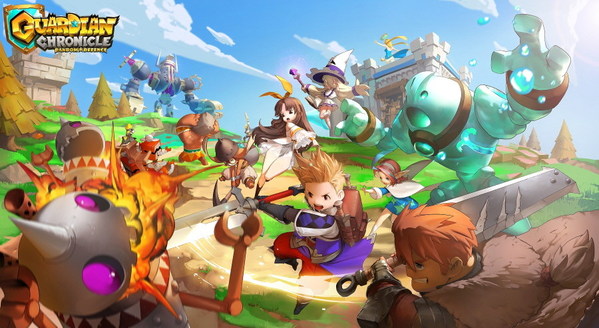 The game is set with a deck of one Master and five Guardians, each geared with unique skillset and matching synergies, to defeat incoming waves of enemies. Players will upgrade their decks as they experiment with various combinations and characters’ strategic locations in the battlefield.

Now available on both mobile and PC, Guardian Chronicle has enhanced its general gameplay through a recent update: The update has improved the game’s matchmaking system for faster gameplay and added six new Masters. Various skills of Masters and Guardians have been rebalanced as well, taking into account feedback from player community.

Based in Seoul, Korea, LINE Games Corporation is an affiliate company of the global messenger service LINE, specializing in the game business. Building upon its lineup of casual and role-playing mobile hits such as Exos Heroes, LINE Games is currently expanding its PC and console titles, starting with Buried Stars on Nintendo Switch and PlayStation 4. LINE Games is working closely with LINE on its “fun challenge” to make great games across all platforms and genres.