SYDNEY, March 8, 2022 /PRNewswire/ — Wealthtech social enterprise Super Fierce has launched a scalable advice platform in time for International Women’s Day to address the $30 trillion global gender wealth gap, after closing a $1.5 million seed round and generating $137,000 of revenue while bootstrapped and in beta.

Over half of the number of investors into the round were women, though their average cheque size was 24 percent lower than male investors, highlighting a part of the problem the platform aims to solve.

The funds will be used to scale up operations, invest in marketing and growth, build out the proprietary technology, and launch a number of new products.

Super Fierce has already secured a number of distribution partnerships with companies such as MyRewards, providing it with exposure to millions of Australian women.

The initial focus of the Super Fierce platform is on superannuation, given the 47 percent superannuation gap currently facing Australian women at retirement represents the largest wealth disparity between the genders in Australia.

Super Fierce analysis of Grattan Institute data also found that the average Australian woman could save $102,000 in unnecessary super fees over her lifetime by switching to a lower-cost fund.

Super Fierce aims to save women $100 million in lifetime superannuation fees by July 2022 and, as of February, has already saved Australian women $25 million.

For every person that uses Super Fierce to switch funds, $100 will also be donated to the Fierce Impact foundation, which aims to donate $100 million to Australian women living at the margins of society. 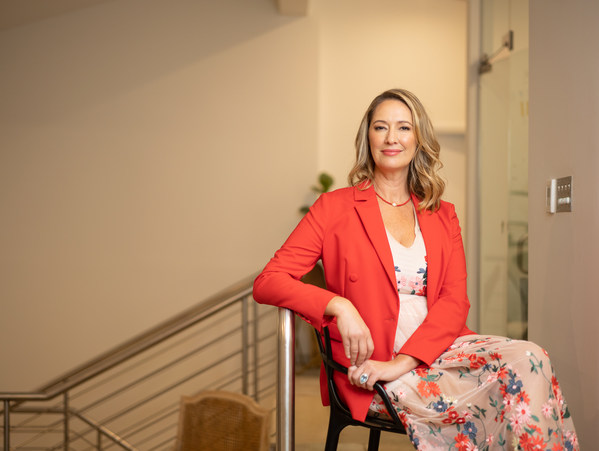 Trenna’s passion for helping women to build financial resilience stems from personal experience: at 34 and with her 18-month-old son, she borrowed $3k from her parents to leave a relationship and start again, despite a prior high-flying career. Some nights she literally couldn’t afford to feed her son dinner. This lived experience of financial hardship drives her determination to democratise economic security for all Australians.

Since then, Trenna rebuilt her finances in positions such as Head of Strategy at Macquarie Bank and a multitude of roles as a founder, director, and investor in various fintech companies.

This experience, coupled with her passion to financially empower Australian women, drove her to found Super Fierce with Keith Moore and her husband and former Chief Investment Officer and Head of Innovation at Macquarie Bank, Craig Swanger, in 2019.

Trenna Probert, Founder & CEO of Super Fierce, said: “There are many studies that have tried to calculate the superannuation retirement gap, and the findings range between 34 to 67 percent. Many of these studies, however, incorrectly exclude the huge number of people that retire with no super at all, and the vast majority of those are women. So these numbers are much lower than reality.

“Our calculations suggest the median super balance at retirement for women is 50 percent lower than for men, and we believe this is unacceptable.

“There is a particularly high penalty for mothers, which is ridiculous given parenting is the one thing that no society or economy can do without. The average penalty is $280,000 for a woman with two children who takes an average six years out of paid work and then returns to part time work.

Super Fierce enables users to switch to the best low cost fund for them by collating their super info, running the numbers through a proprietary superannuation calculator, and comparing every open fund in the market.

It then provides a scalable and affordable digital statement of advice, and helps with the switching process if requested.

Super Fierce (www.superfierce.com.au ) is a wealthtech social enterprise that collates users’ super info, runs the numbers through a proprietary superannuation calculator, compares every fund in the market, and then shows users how they can save in a digital report. It even provides a scalable and affordable statement of advice, and helps with the process of switching super funds.

This makes it incredibly easy for women to make informed decisions about their super & save on fees – which is super important because the average Aussie woman could save around $100k over their working life just by cutting pointless fees.

Super Fierce also runs the Fierce Impact foundation, which aims to donate $100 million to Australian women living at the margins of society by helping 1 million women to save on super. For every person that uses Super Fierce to switch, $100 is donated to the foundation.