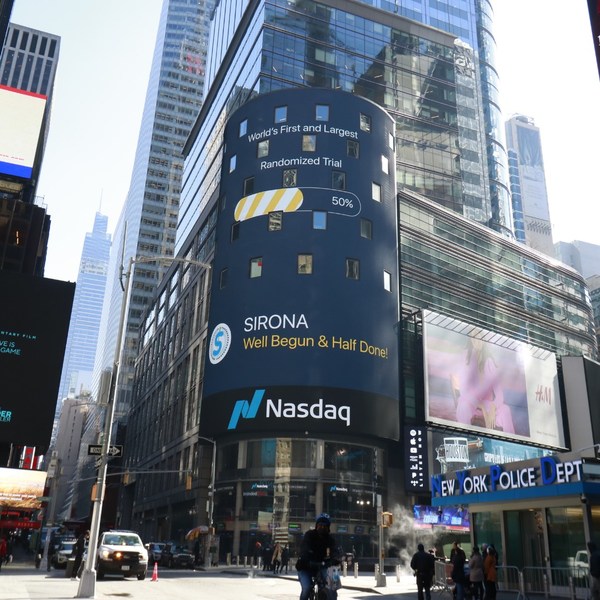 SIRONA is the world’s first and the largest head-to-head RCT investigating the use of Sirolimus DCB (Magic Touch PTA – Concept Medical) V/S Paclitaxel DCB (CE certified devices) for the treatment of femoropopliteal occlusive artery disease. The Investigator-Initiated and driven trial led by PI Prof. Dr. Ulf Teichgräber of the Jena University Hospital aims to evaluate the safety and efficacy of Sirolimus DCB against Paclitaxel DCB in stenosed or occluded lesions in the superficial femoral artery (SFA), and/or popliteal artery (P1) in PAD patients with Rutherford class 2-4.

The prospective, multi-center, corelab adjudicated randomized trial is doing very well with the 239th patient enrolled on November 23, 2021, in University of Graz by Prof. Dr. Marianne Brodmann, making the trial already halfway into the target of enrolling 478 patients set to be randomized in 1:1 fashion across 30 sites in Germany and Austria. Under the focused leadership of the PI, and the enthusiastic Site Investigators and operators the trial has reached to this milestone showcasing the brisk pace of enrollment despite Covid – 19 impacting and disturbing healthcare facilities and people world over.

The significance of the trial has been a point of discussion since its on-set, considering how its result will play a major role in deciding the future treatment options for lower extremity diseases with the recent controversies against the use of Paclitaxel. The need for a head-to-head RCT has been stressed many times and this RCT seeks to give the intervention fraternity a re-evaluation of the available treatment options.

SIRONA touched the goal of 50 percent recruitment within a short span of seven months, and the absolute credit goes to the PI and the sincere efforts of all the site investigators especially the top enrollers, which resulted in the encouraging rate of enrollment. Concept Medical Inc. (Sponsor of Magic Touch PTA) extends its appreciation for their constant and consistent contribution in achieving this milestone. Prof. Thomas Zeller, site investigator of Universitäts-Herzzentrum Freiburg, Bad Krozingen, Germany; the leading enroller expresses his thoughts on the importance of the trial: “SIRONA trial substantially contributes to evaluate the effectiveness of an alternative antiproliferative coating (sirolimus) for balloon catheters to treat femoro-popliteal stenoses and occlusions compared to the current gold standard of a paclitaxel coating. Especially with regard to the still ongoing safety discussion, SIRONA represents the first head-to-head comparison and therefore, is of high scientific and clinical relevance, and is fortunately widely accepted by study patients as the recruitment status demonstrates”

Reaching this important juncture and halfway already in the trial, PI Prof. Dr. Ulf Teichgräber shares his thoughts: “I am convinced that SIRONA represents a Game Changer Trial for the peripheral artery disease.”

Paclitaxel, with its limited success, has been the go-to treatment option in the past. Sirolimus is emerging as a better treatment option for PAD. SIRONA, the world’s first and largest RCT will collect the necessary additional evidence on safety and efficacy of Sirolimus DCB – Magic Touch PTA, which has already been granted breakthrough device designation by the US FDA for Below-The-Knee PAD indication. Looking at the promising pace of enrollment, this pioneering trial will unfold the data to support and decide the safety and efficacy of Sirolimus DCB V/S Paclitaxel DCB (DCB is already exhibiting clear superiority over conventional balloon angioplasty in numerous studies).