Home Off The Wire Daxiangling Releasing Base: The rewilding and releasing process was smooth and the...

SICHUAN, China, Dec. 23, 2021 /PRNewswire/ — The reporter has learned from the Xingjing Area of Sichuan Giant Panda National Park recently that the releasing status of giant pandas “Heyu”, “Xingchen” and “Qianqian” in Daxiangling Releasing Base is sound. 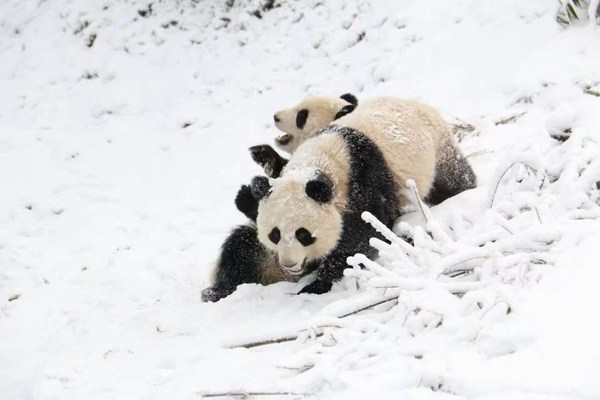 Giant pandas in Daxiangling Releasing Base

The above mentioned three giant pandas as objects of rewilding have shown similar characteristics regarding the activity pattern to those of wild ones at the moment.

Cross-regional activities of giant pandas have increased significantly. Usually, there is snow in the releasing base from the end of November to the end of March of the next year, so that the mountains are under snow closure at this time. Thus, March-June and September-November are valuable field monitoring periods for scientific research and monitoring staffs. The team members perform arduous field monitoring work during this period constantly. In respect of the releasing giant pandas, they will carry out in the early stage a comprehensive and detailed investigation, then monitor the survival status of giant pandas after the releasing, so as to ensure the timely collection of scientific research data and guarantee the survival safety of giant pandas in the wild. Secondly, they are also engaged in the key task of habitat restoration and ecological corridor construction. An ecological corridor for giant pandas in Niba Mountain is established through vegetation restoration and habitat reconstruction in order to strengthen the gene exchange between local populations of giant pandas in the Daxiangling Mountains and Qionglai Mountains. At the moment, 3000 Mu of habitat in this area has been reconstructed. The staff have monitored and discovered traces of the activities of the mother giant panda and her cubs. It means that cross-regional panda activities have increased significantly.