Home Off The Wire YCIS students learnt about space exploration from the “Father of Chang’e” through...

HONG KONG, Nov. 6, 2021 /PRNewswire/ — In response to growing calls for the advancement of technology in Hong Kong and Mainland China, and in keeping with the school’s appeal to align with science and technology, YCIS Hong Kong teamed up with the Hong Kong STEM Education Alliance for an exciting event. Star billing went to Professor Ouyang Ziyuan, the “Father of Chang’e” and a leading light at the Chinese Academy of Sciences in Beijing, who engaged students in a lively discussion on space exploration through a vivid and instructive holographic appearance. Held on 3 November, the signature event, titled “The Dream of Terraforming Mars into a Blue Planet”, explored a novel science frontier – the reshaping of a distant planet into a life-sustaining Earth. The build-up to this started with the “Live Encounter with Taikonauts” in September. On that occasion, our students joined a select audience for an out-of-this-world experience, getting to chat with Shenzhou-12 taikonauts. 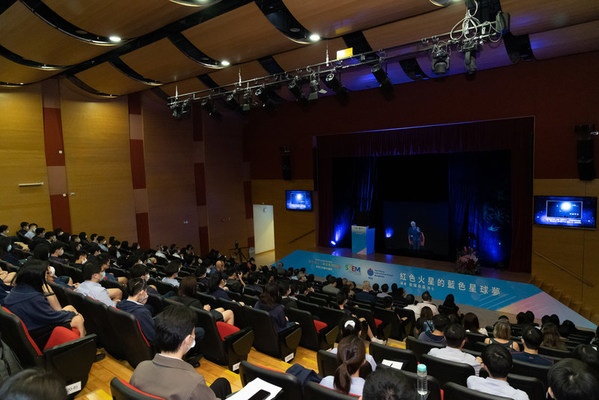 Human curiosity has grown in pace with the rapid development of deep space exploration. During the lecture, the professor used graphics and everyday examples to offer scientific evidence gleaned from our quest to explore the evolution of the universe.

Centred on man’s effort to discover life beyond Earth and to sustain human habitation on the Red Planet, the presentation made reference to the Tianwen-1 orbiter and the Zhurong rover, both part of a Mars mission carried out by the China National Space Administration in May this year.

Robotic survey devices transmitted data from the surface of Mars back to ground control. Part of the payload was a ‘Mars Energetic Particle Analyzer’ (studying the attributes of energy particles on that planet). 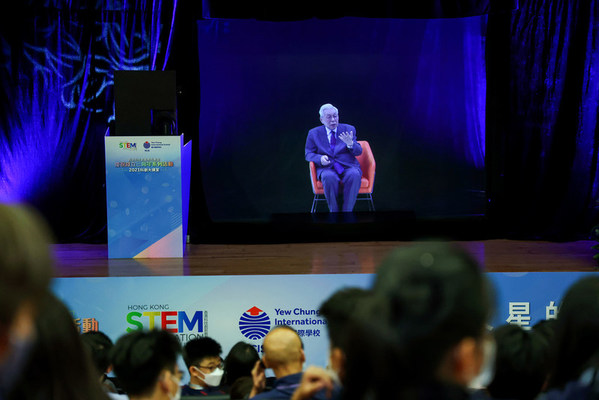 Professor Ouyang Ziyuan, the “Father of Chang’e” and a leading light at the Chinese Academy of Sciences in Beijing, who engaged students in a lively discussion on space exploration

“China has the potential to expand its deep space capabilities, and exploration of the solar system is gathering speed,” said Prof Ouyang. He went on, “The possibility of life on Mars is a subject of great interest in astrobiology due to that planet’s proximity to Earth and several similarities. “Having said that, concrete evidence of life on the Red Planet has yet to be found. The idea of ‘terraforming’ Mars and serious discussions over the technicalities could potentially see the Red Planet become a sibling of Planet Earth.” The professor concluded his presentation by encouraging students to consider a career in science to help realise the vision of today’s scientists.

The lecture was followed by a Q&A session and eager students fired off their questions. “How can Tianwen-2 overcome the ‘seven minutes of terror’ when landing the rover in the future, and how could it technically differ from Chang’e 5?” one excited participant asked.

Fielding questions, Prof Ouyang was quick to reassure students that any impact on Martian life due to human intervention or ‘terraforming’ would be minimal due to the distances involved. Nor would any such endeavours impact on humans and our own planet. 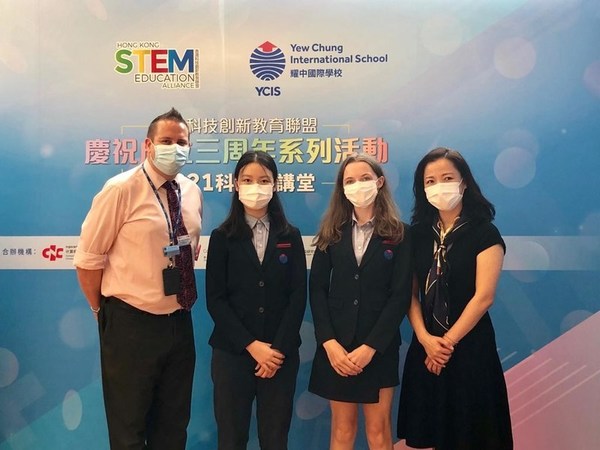 Yew Chung has a strong commitment to nurture and develop the next generation of scientists and offers relevant courses at all levels.

Yvonne Wen, a student MC, was elated by the interaction and pointed out that astrophysics was available as an IB course and could allow her to learn more about the subject. Another student MC, Johanna Wrobel, was quite taken by the holographic presentation and confessed she aspired to migrate to the Red Planet if this became possible in future. The years spent at Yew Chung had vastly broadened her horizons, she said. Keeping with the school’s appeal to align with science and technology, YCIS Hong Kong teamed up with the Hong Kong STEM Education Alliance for this exciting event

Yew Chung students can avail of opportunities in any grade to learn more about science. Astrophysics studies in the IGCSE and IBDP line-up offer students a pathway to explore career prospects in STEM (science, technology, engineering and mathematics).

“Students were excited upon their return from the live encounter with the taikonauts and this triggered interest in exploring outer space,” said Ms Sam Sze, Chinese Co-Principal, YCIS Hong Kong – Secondary. She continued, “Planting space seeds (seeds that have spent several months in orbit) in the YCIS Hong Kong campus for students to learn the difference in germination was another initiative to foster students’ interest in science.

“The school places a strong emphasis on enabling students to explore possibilities and gain a better understanding of their future.” Associate Vice Principal Mr Robert Kitley looks forward to more such events that will galvanise interest in science and space. 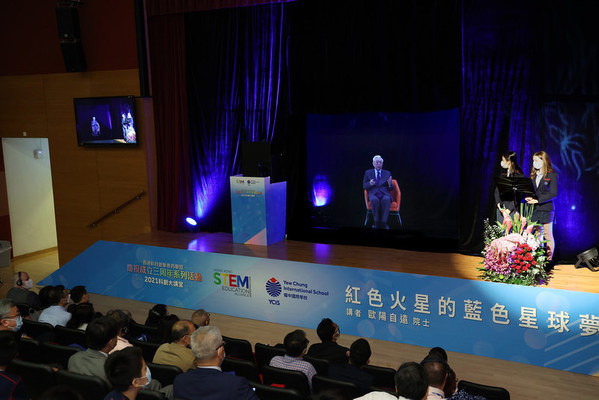 Since the 1990s, YCIS has expanded beyond Hong Kong to reach Shanghai, Beijing, Chongqing and Qingdao in Mainland China, and Silicon Valley in the United States, serving more than 6,000 students.

Offering the richness and diversity of both Eastern and Western cultures, YCIS equips children to be bilingual, global-minded and competitive leaders. Students are nurtured with a holistic and character education that transforms them into compassionate and world conscious individuals.