TOKYO, Sept. 23, 2021 /PRNewswire/ — Ubitus K.K. (hereinafter Ubitus), a world-leading cloud gaming solution provider, partners with Dear Villagers to publish the time-loop adventure title – The Forgotten City – Cloud Version – on Nintendo Switch™. Apart from North America, Japan, Korea (to be announced soon) and most of the EU, Russia and Australia will be included in the releasing countries for the first time on 24th of September, 2021 at 12am JST. 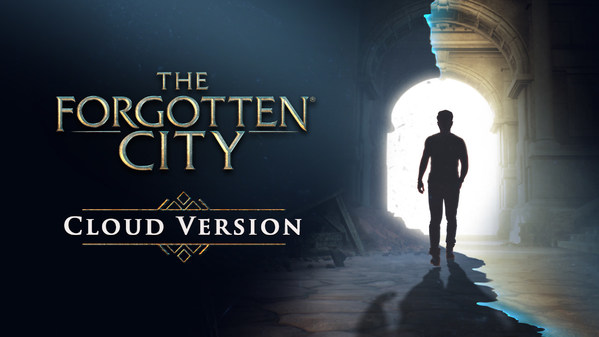 The Forgotten City is a narrative-driven murder mystery game of exploration and deduction, and a re-imagining of the critically acclaimed mod that won a national Writers’ Guild award and racked up over 3 million downloads. The game received rave reviews when it launched PC and Console last Summer, including 9/10 in IGN, 9/10 in Gamespot, and has since reached an ‘Overwhelmingly Positive’ rating on Steam. With Ubitus patented GPU Virtualization and Streaming technology, developer Modern Storyteller is able to create the cloud version of The Forgotten City – Cloud Version easily and reach a much broader market. Nintendo Switch™ players in Russia and Australia can now enjoy this game by downloading and activating a small launch program from Nintendo eShop.

“We are glad to reach more and more Nintendo Switch players in the world with this popular title – The Forgotten City – Cloud Version. This is our first time to joint release a game with Ubitus and we look forward to more future co-operation with Ubitus,” said Guillaume Jamet, Head of Publishing at Dear Villagers.

“It is our pleasure to co-publish The Forgotten City – Cloud Version with Dear Villagers and enable more Nintendo Switch™ players to enjoy the game. We will continue to bring the best gameplay experience to more gamers via cloud,” Wesley Kuo, the CEO of Ubitus, comments.

Nintendo Switch is a Trademark of Nintendo.

Ubitus operates the world’s best GPU Virtualization driven cloud streaming platform, and is dedicated to providing a superior user experience. As long as users are connected to a broadband network, they can enjoy AAA games across various devices, such as smartphones, tablets, game consoles, smart TVs, and personal computers.

With its comprehensive GDK (game development kit), Ubitus provides a fast-to-market onboarding solution to support game companies in Japan and overseas, who are interested in cloud gaming. Ubitus partners with telecom carriers, online service providers and game publishers around the world to bring the best cloud game play experience to users.

Dear Villagers is a publishing label of Plug In Digital. It’s a place where talented studios can unleash their creativity and focus on bringing unique single player experiences to players on PC and console, experiences that will stay with them long after the credits roll. Dear Villager’s line-up includes the award-winning The Forgotten City, The Dungeon of Naheulbeuk, ScourgeBringer and Edge Of Eternity.