KUALA LUMPUR, Malaysia, Aug. 20, 2021 /PRNewswire/ — Bigo Live, the global leader in live streaming content, brings viewers the latest gaming content with the launch of Bigo Live Gaming. With a growing ecosystem of over 600 gamers from Bigo Live’s pool of broadcasters in Malaysia and Singapore, users can expect gaming live streams to include some of the biggest titles in video games such as “Fortnite”, “Mobile Legends”, “Valorant” and “Call of Duty”.

Gaming has been on the rise in Malaysia, with over 20 million gamers present in the country and growing. According to experts from Malaysia Investment Development Authority (MIDA), the gaming industry alone contributed over MYR400 million to Malaysia’s revenue and is expected to show an annual growth rate (CAGR 2018-2023) of 10.9 per cent, resulting in a market volume of MYR700 million by 2023. This growth has spurred initiatives such as the commissioning of the Malaysia Electronic Sports Federation (MESF), the governing body for all electronic sports (e-sports) in Malaysia. The burgeoning industry represents an opportunity for Bigo Live to further empower its broadcasters, by offering gamers the platform to stream their gaming content.

Considering the positive outlook for the industry, many gamers have taken the opportunity to stream their games for additional income. Prior to the boom in e-sports, the only source of income via gaming is through sponsorships and winning tournaments whereas in more recent times, livestreaming has proven a lucrative option for many gamers. Bigo Live recognises this exciting opportunity, and has worked in partnership with Mobile Legends: Bang Bang Malaysia Championship (MMC) to be the official live broadcast partner for this year’s tournament.

“Our partnership with MMC aims to provide all players a chance to compete in a large-scale tournament. As the official live broadcast partner for the tournament, we hope to use this as a platform to further nurture and develop gamers within our ecosystem,” said a Bigo Live spokesperson. 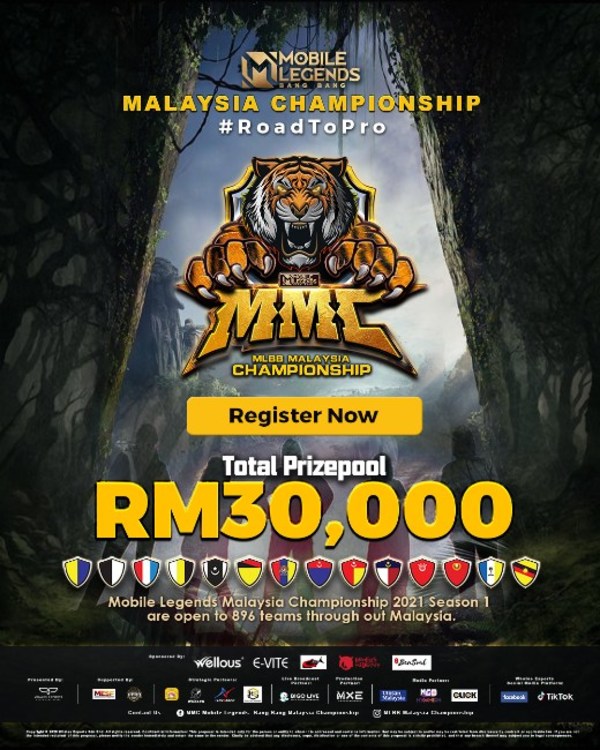 Bigo Live offers game streamers that achieve monthly targets additional remuneration based on factors such as content, followers, and time spent broadcasting. With the support of MESF and MLBB, MMC aims to shape young amateur players and encourage talents to discover new skills and experiences as well as open up new job opportunities to the local e-sports industry via roles such as producers, production crew members, casters, analyst and many more.

The ongoing MMC tournament is currently in the Regional Qualifiers stage with the finals set to take place in October 2021. The tournament features more than 800 amateur teams competing for the RM 30,000 ($7,098 USD) prize pool along with 252,000 Bigo Live diamonds which can be used on the Bigo Live platform. As broadcast partner and event sponsor for MMC, viewers can catch all the action and discover potential game breaking players on the Bigo Live app.

Bigo Live strives to become the go-to source for interactive and engaging entertainment while empowering hosts with an independent income. The livestreaming platform continues to create exclusive opportunities for the community to interact and engage with one another, their favourite local gamers, influencers and artists from the comfort of their homes.

To access Bigo Live Gaming, Bigo Live has launched a tab feature called “Gaming” on the Bigo Live app where users and hosts can enjoy easy access to an array of entertaining gaming live streams.

To catch the latest schedules for the MMC qualifiers, log onto the MESF page here.

Watch and participate in the MMC by downloading the Bigo Live app here (available on iOS and Android).