Home Off The Wire Artmarket.com: Women artists still only account for 8% of the art market!...

PARIS, April 27, 2021 /PRNewswire/ — Sotheby’s is proposing to give greater market visibility to female artists by organising an online session entitled (Women) artists, from 20 to 27 May 2021. But some see this initiative as a form of discrimination. The initiative, which claims to celebrate “contributions by women to art history across 400 years”, risks further consolidating the gender gap difference, or even worse, reducing women’s place in the Art History to a simple “contribution“. 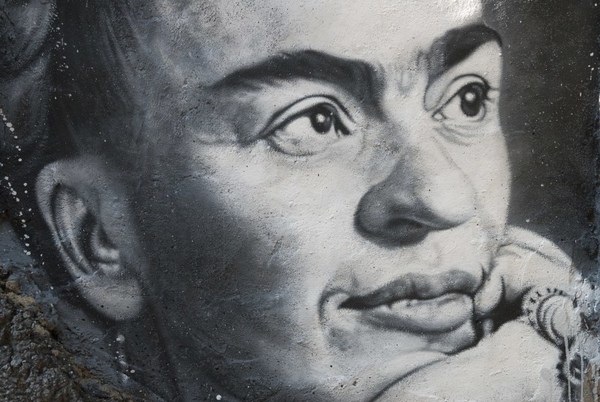 thierry Ehrmann, President and Founder of Artmarket.com and its Artprice department says “The share of art auction turnover generated by female artists has doubled in 20 years, from 4% to 8% of the global turnover. But it is still far too low compared to the number of major female artists: Artemisia Gentileschi, Frida Kahlo, Cindy Sherman… A sales session dedicated to the female sex deserves, at the very least, a prestige evening sale!“

Artprice takes this opportunity to focus on four major artists who also happen to be women.

While no “abstract” work by Hilma Af Klint has ever been sold at auction (for the good reason that they all belong to her foundation), this artist foreshadowed the fundamental role of women in one of the key movements of the 20th century, many of whom went on to generate remarkable auction results:

Without reaching the heights of Georgia O’Keeffe ($ 44.4 million) or Louise Bourgeois ($32 million), the Japanese artist Yayoi Kusama is the most successful female artist on the art market thanks to an abundant production that changes hands all over the world. With 617 lots sold at auction in 2020, generating a total of $67 million, Kusama ranked 20th in Artprice’s 2020 general ranking of artists by annual turnover (all creative periods combined) ahead of Tamara de Lempicka (who came 33rd).

The very fact that the most successful female artist in history is a living artist presages a fundamental change that is indeed being confirmed in more recent generations.

With an average of approximately one show every two years (at the Gagosian gallery) and one painting auctioned per year, Jenny Saville’s market maintains a form of rarity that perfectly suits her kind of art. Both classical and brutal at the same time, her painting has been compared to that of Rubens or Lucien Freud, but the English artist has created one of the most original œuvres on the contemporary scene. In the past, Jenny Saville was associated with the Young British Artists movement along with Tracey Emin, Sarah Lucas and Rachel Whiteread.

Njideka Akunyili Crosby (1983-). The most promising

Her paintings caused a sensation in auctions held in 2017 and 2018, but then subsequently disappeared from the secondary market. However, the young Nigerian-born artist has never been so popular since then. Named in TIME magazine’s 2019 “100 Next” list as one of the most influential personalities on the planet, she has also joined the prestigious David Zwirner Gallery, who has joined forces with Victoria Miro to ensure that Crosby’s success isn’t derailed by market over-enthusiasm.

Crosby is located at the center of a constellation of female artists under 50 and of African origin who are revolutionizing the portraiture genre, notably by using collage techniques.

Index of press releases posted by Artmarket with its Artprice department:  serveur.serveur.com/press_release/pressreleaseen.htm

Emergence of a constellation of female artists © Artprice.com