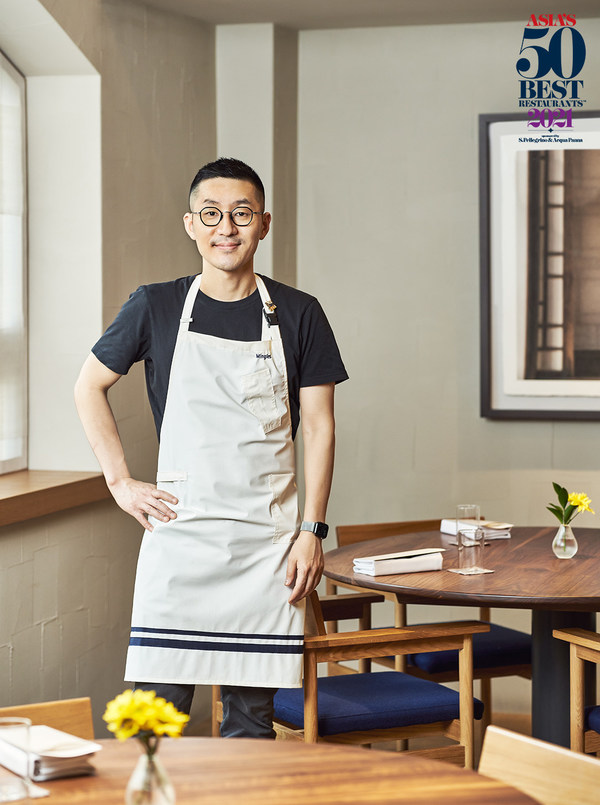 Asia’s 50 Best Restaurants has announced that Mingoo Kang of Mingles in Seoul, South Korea, is the 2021 recipient of the Inedit Damm Chefs’ Choice Award.

Kang has earned the respect of Asia’s gastronomic leaders through his tireless work expanding the possibilities of Korean cuisine in recent years. His flagship restaurant, Mingles, first appeared on Asia’s 50 Best Restaurants list in 2016 at No.15. As well as earning the Highest New Entry award, it was also named The Best Restaurant in Korea, an honour it has retained for five consecutive years.

William Drew, Director of Content at Asia’s 50 Best Restaurants, says: “Through the Inedit Damm Chefs’ Choice Award, Chef Mingoo Kang’s peers have shown their respect for his craftsmanship and artistry, as well as his ability to articulate Korean culinary culture on the international stage.”

A trailblazer of the new Korean cuisine movement, Kang graduated from Kyonggi University before interning at the Ritz-Carlton in Florida. Dedicated to learning about international cuisines, he further honed his culinary skills under the tutelage of Basque master Martín Berasategui and later joined Nobu in Miami and the Bahamas, where he became the restaurant’s youngest head chef.

Acknowledging the award, Kang notes: “I am very grateful to receive the Inedit Damm Chefs’ Choice Award. This award is of special significance because it was voted for by other chefs who share my passion for excellence.”