MANILA, Philippines, Feb. 23, 2022 /PRNewswire/ — Yurisa, widely known as South Korea’s No.1 beautiful girl, recently posted a video on social media in which she dressed herself in ACG Lolita costume, singing a theme song for the trending Trading Card Game (TCG) DracooMaster. Her adorable costume and sweet voice, alongside the equally cute Dracoo pets from the game presented in the video, soon took the Internet by storm. “This is simply too cute!” netizens said. 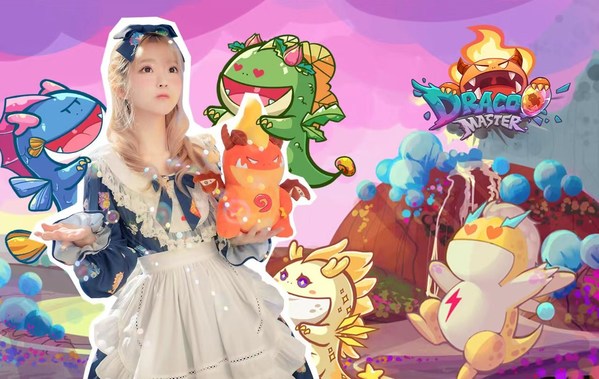 Apart from its cute characters, DracooMaster as a new gamefi product is also highly recognized by the public as being a front runner in this technology information era. In addition to it exquisitely crafted cards, fascinating PVP and PVE modes and abundant gameplay content, it also carries NFT properties, which differentiates it from conventional video games and makes it incredibly popular among younger generations.

Compared to conventional video games, DracooMaster has much more mature NFT properties. The pets themselves in the game carry NFT properties; they can be traded, collected and sent to battles. Being a sophisticated KOL in South Korea’s e-sports industry, Yurisa does her business with her incisive mind. She knows about the progress and potentials in her industry, and knew what she was doing when she started the collaboration with DracooMaster. “I see potentials that other games aren’t able to foresee, at least not yet.” Yurisa said, “DracooMaster is a game, but offers much more.” She believes the future is in the hands of NFT games under the grand concept of metaverse.

Besides a collaboration with Yurisa, the production company of DracooMaster also invited Rika Matsumoto, the world famous voice actress most widely known for her role as Ash Ketchum in the Pokémon franchise, to voice act the Summoner in the game, and Ryo Taniguchi, the creator of the Tokyo 2020 Olympic Games mascots, to design mascots for the game. The game will also include a Dracoo created in collaboration with James Gunn, the famous American filmmaker widely known as the director of Guardians of the Galaxy. Such powerful and dreamlike combinations have shown the company’s sincerity towards the public and will sure bring the game to a whole new level.