Home Off The Wire Renown Artists in Asia Come Together for NFT Charity Auction in Aid...

SINGAPORE, Feb. 11, 2022 /PRNewswire/ — Now in its second week, the Mars Panda NFT Charity Auction in support of UNHCR, has launched over 30 NFTs from digital and fine arts artists, NFT influencers, and professional footballers on the Mars Panda NFT marketplace. 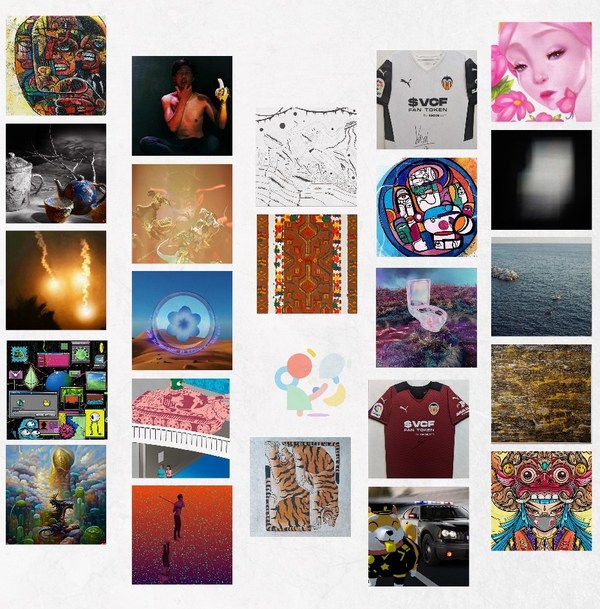 The auction, organised by Mars Panda, an all-in-one aggregation blockchain platform based in Singapore, aims to channel the enthusiasm for art and unique pieces (both digital and physical) to raise awareness of the plight of displaced Afghan families and mobilize funding to provide urgent humanitarian assistance delivered by UNHCR. The auction will close on March 4.

YAM Pgn Anak Hamlatul Arsy (@the_curiousunicorn), a visual development artist and 2D animator, has also contributed her own artwork titled ‘Swim against all odds, 2021’ to the auction. The painting represents the importance of perseverance – that no matter what happens in life, one has to keep on swimming, against all odds.

On 31 January, the auction launched its first batch of NFTs, from VIP contributors. This includes a one stroke painting from Venerable Phra Medhivajirodom, UNHCR Patron and well-respected Buddhist monk, scholar, writer and social worker from Thailand.

Afghan people face one of the world’s most rapidly growing humanitarian crises. Within Afghanistan, half of the population face acute hunger, over 9 million people are displaced, millions of children are out of school, fundamental rights of women and girls are under attack, farmers and herders are struggling amidst the worst drought in decades, and the economy is in free fall.

UNHCR requires $608.8 million in 2022 to deliver on its commitment to protect and assist displaced persons and host communities both within Afghanistan and in hosting countries.

The funds will be used to deliver protection, core relief items, shelter, cash, and other forms of emergency assistance to displaced Afghans, while supporting investments in health, education, and livelihoods to build resilience and eventually enable sustainable return and reintegration.

All proceeds from the charity auction, minus administrative and operational costs, will be donated to UNHCR in support of vulnerable displaced families affected by the Afghanistan emergency.

Mars Panda is a unique platform that has a know-your-customer (KYC) process to identify and verify each client when they open an account. This has allowed it to be chosen as the NFT platform to power Singapore’s inaugural NFT charity auction, Blockchain for Good by Blockchain Association of Singapore, in September 2021 for the National Trade Union Council U-Care Fund and subsequently also supported local Singapore newspaper, The Straits Times, with its first-ever NFT auction, The Straits Times School Pocket Money Fund also took place successfully in December 2021.

Note to Editors: Mars Panda is currently pending approval from the Singapore Commissioner of Charities to conduct campaign activities in Singapore. In the interim, the campaign will commence outside Singapore, and exclude Singapore residents from participating.

More info on all NFT contributions can be found here: www.marspanda.net

Mars Panda is a complete eco-system which consists of:

We aim to fuse mainstream eCommerce and Gaming to the crypto world of NFTs and DeFi, on one seamless, unified platform.

UNHCR, the UN Refugee Agency, is a global organisation dedicated to saving lives, protecting rights and building a better future for people forced to flee their homes because of conflict and persecution.

We deliver life-saving assistance, help safeguard fundamental human rights, and develop solutions that ensure people have a safe place called home where they can build a better future. We also work to ensure that stateless people are granted a nationality.
We work in over 130 countries, using our expertise to protect and care for millions.