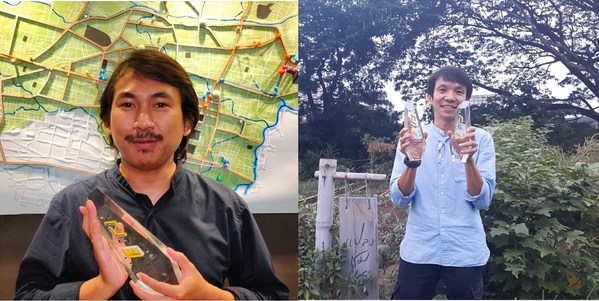 “The Placemaker Awards ASEAN 2021 has always focused on recognizing innovators and dreamers who are transforming public spaces to improve the quality of life. The winners of the awards deserve to be recognised for their exemplary contributions to strengthen public space and the communities around them,” said PAA organising director Imran Clyde in his opening speech.

“Globally, about one-third of a city’s land area is covered by public spaces—ranging from city streets, neighborhood squares, parks to public facilities such as libraries and markets.

“All of us hold the tools to unlock this potential, through progressive and positive engagement with all city stakeholders. We should not be afraid of community engagement but instead we must embrace it,” she said.

According to a World Bank report titled The Hidden Wealth of Cities, many cities around the world are missing out on significant socio-economic and development opportunities by ignoring, under leveraging or mismanaging public-space assets.

The Public Spaces categories are for spaces which are open and accessible to people such as parks, waterfronts and public squares, whereas the Private Public Spaces categories include shopping malls and privately owned open spaces for public use, while the Placemaking During the Pandemic aimed to showcase the creativity and ingenuity of placemakers from around ASEAN and how they handled challenges brought about by the pandemic.

Besides the seven categories, two participants also achieved the Placemaker of the Year 2021 award which went to Kota Kita Foundation, Central Java, Indonesia and Jai Baan Studio at Chiangmai, Thailand in recognition for their outstanding efforts in using a participatory approach to curate high quality public spaces for the community.

Elated at being recognised as the best among 57 participants from all over the region, Kota Kita Foundation Urban Designer, Bima Pratama highlighted that the success of their placemaking efforts relied on the positive engagements with local communities and stakeholders.

“We are very honoured to receive and be awarded as the best Placemaker of the Year 2021. Thank you for the recognition for our work in the small community of Ngampon, Indonesia,” Bima said.

“From our engagement process with the residents of Ngampon we have learned that combining stakeholder efforts with a participatory approach can facilitate far-reaching ideas and possibilities. When spaces are owned and managed by community members we can go beyond design as a product and become tools for change,” he said.

Although it was a tough decision, the judges decided that two placemakers would secure the coveted title of Placemaker of the Year 2021 due to both organisations using a participatory community approach to plan, implement and benefit from their placemaking efforts.

“The network conversation is really connecting globally and how we are all learning from each other and we will keep supporting the conversation in the ASEAN region. We hope this awards programme continues to build that network and communication gets more applicants in coming years,” said Ethan Kent, Executive Director of PlacemakingX.

“I couldn’t be more thrilled with the applicants, they are all winners and they are all great contributors to placemaking in the ASEAN region,” he said.

Organised by Nextdor Property Communications, a placemaking consultancy and Think City, a social purpose organisation focused on urban rejuvenation, PAA 2021 was conceived as an avenue to showcase the best of placemaking projects and give due recognition to community building in the Southeast Asian region.

Placemaking is a multi-faceted approach to the planning, design and management of public spaces that create vibrant spaces that offer local stakeholders a sense of wellbeing, safety and comfort.

According to Imran, there is a paucity of information, especially case studies on how various developers implement community building efforts.

Meanwhile, Malaysian developers and local governments tend to use a top-down approach when carrying out their projects – and in the process, often overlook “human scale developments” and what people need to maintain their physical and mental health which became even more apparent during the pandemic with wide-ranging movement restrictions.

The awards aim to promote authentic efforts to improve the communities through the initiation of projects that add to the public realm and drive greater collaborations in the activation of spaces in where we live, work and play.

Judged solely by an independent panel of leading placemakers and programme partners, this platform serves as a guide to the community, developers or stakeholders as to the best placemaking practices.

Below are the list of winners of Placemaker Awards ASEAN 2021:

Placemaker Of The Year:

Best Placemaker: Placemaking During the Pandemic