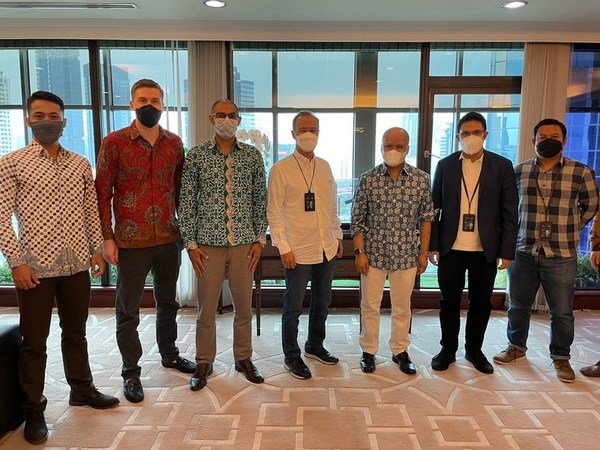 The collaboration between Ayoconnect and BRI gives a living example of the power of open finance. “Open finance is a system that enables interconnectivity between financial services providers with other service providers to enhance their customers’ experience using APIs,” explained Ayoconnect’s COO and Founder Chiragh Kirpalani.

“Ayoconnect’s open finance is developed to build an ecosystem that allows consumer-facing businesses to quickly and seamlessly launch digital financial services to their customers, without having to build the necessary infrastructure on their own from scratch,” he continued.

As reported by Accenture, open finance is expected to be the future of the financial services industry across the world, including in Indonesia. The study, which was published in June 2021, found that the implementation of open finance unlocks the potential of revenues of up to US$416 billion for the financial services industry globally, and that that 76% of banks worldwide expect open finance API usage to increase by 50% or more in the next three to five years.

Despite possessing an e-commerce market value of US$19 billion powered by its 277 million population, Indonesia’s card penetration remains low at 0.64 debit cards per capita and just 0.06 credit cards per capita. Consequently, the majority of Indonesian consumers who would like to shop virtually have to go through a series of steps before completing their purchase, or pay for the goods and services using cash. With open finance, Indonesian consumers will have greater flexibility, lower cost, and accelerated process to any financial services that they need.

As illustrated by BRI’s Head Digital Banking Development and Operations, Muhammad Ghifary, “Ayoconnect’s strategic partnership through BRIAPI enables BRI’s customers to experience new and easier way of transacting through direct debit in any retail platforms that have partnered with Ayoconnect. This collaboration is set to enable a seamless banking experience for hundreds of millions of BRI customers throughout Indonesia.”

Ghifary also expresses his enthusiasm for the collaboration between BRI and Ayoconnect. “BRI will continue to support Indonesia’s open finance ecosystem by establishing BRIAPI as the partnership gateway with various digital and non-digital platforms to expand our ecosystem beyond banking. We aim to provide embedded financial services in various platforms through strategic partnerships, similar to what we have with Ayoconnect,” he stated.

Chiragh Kirpalani added, “Ayoconnect is proud and grateful to have the opportunity to work closely with BRI. Together, we are going to make our shared vision of building the technology infrastructure to connect the entire Indonesia’s population a reality for everyone.”

Established in 2016, Ayoconnect has raised a total of US$15 million from leading local and international institutional investors, one of which being BRI’s venture capital arm BRI Ventures. The fintech company has also recently appointed Indonesia’s renowned technopreneur Ilham Habibie as their commissioner.

Ayoconnect is Indonesia’s largest API platform. It enables developers to choose from a wide range of financial white-label products and quickly launch them to their users. Ayoconnect remains in the background, focused on building and operating the necessary infrastructure while allowing their clients to monetize and expand their business in a fast and scalable way.