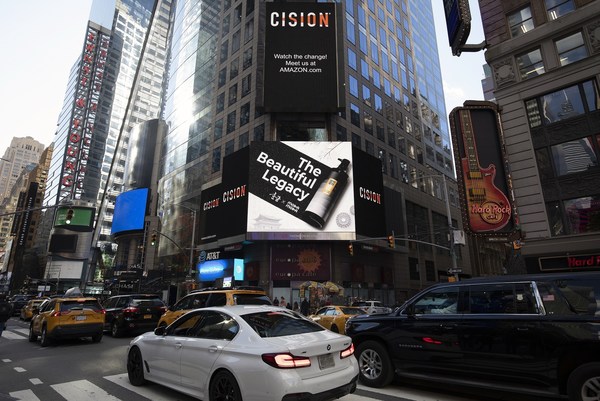 Hangul Day is a national Korean commemorative day of the invention and the proclamation of the Korean language alphabet by King Sejong. Since 1928, every October 9 has been recognized as Hangul Day, and it was designated as a Korean holiday after 2006.

Celebrating one of the biggest holidays, MODAMODA released its Pro-Change Black Shampoo with redesigned by using Hangul. Also, MODAMODA has displayed its new brand image on an outdoor advertising board at Times Square, New York, on October 1 to promote the holiday and Korean alphabet.

MODAMODA jointly developed the product with Dr. Haeshin Lee (Ph.D.), a chemist from MIT, for seven years. It is formulated with a natural antioxidant that reacts with oxygen and sunlight to gradually darken gray hair into blackish brown.

It was designed based on the browning phenomenon of the insects’ wounded area facilitated by the self-healing substance and the Maillard reaction of fruits facilitated by the antioxidant substance. The product’s primary raw material helps resolve middle-aged consumers’ concerns by darkening gray hairs, minimizing hair loss, and boosting hair volume.

“Hangul in Korean history had a huge role among non-elite Koreans to escape their illiteracy and gradually grew more common,” said Aiden Bae, President of MODAMODA, “As Hangul was invented to improve lives of people, MODAMODA will continue to develop haircare products to provide improvement and new experience to consumers.” 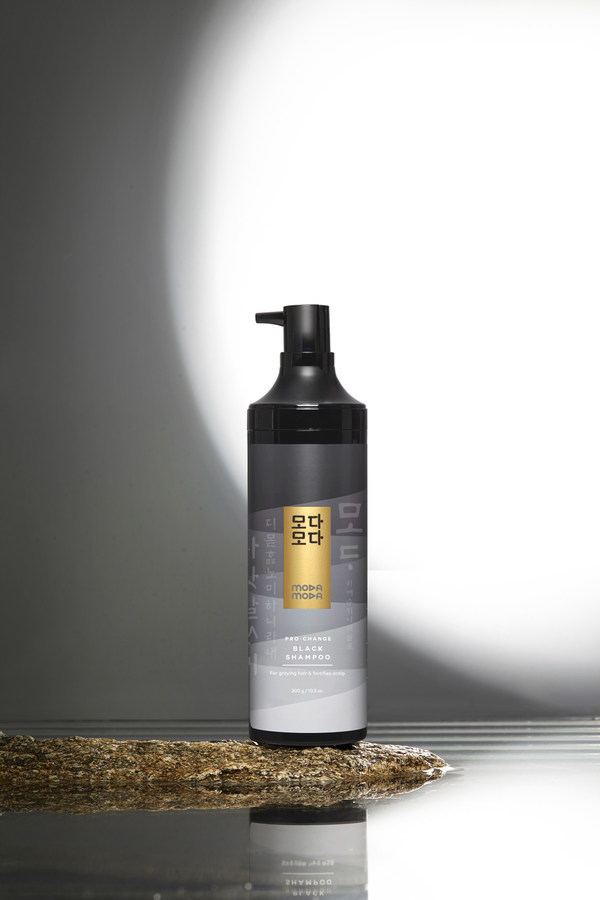 The official selling price of the Pro-Change Black Shampoo Hangul Day edition in the US is USD 34.00 based on 10.5 oz (300g) of authentic product.

MODAMODA Inc. is a global haircare brand launched in April 2021. After five years of joint research and development with KAIST Chair Professor Haeshin Lee, we created an effective patented ingredient for aging hair. Based on this original technology, we launched the functional shampoo brand ‘MODAMODA’ in March 2021.

MODAMODA’s first product, Pro-change Black Shampoo, was first released on Amazon in the United States in June 2021. Then it officially launched in Korea in mid-July 2021 at department stores, supermarkets, and drugstore chains. The second sale overseas is the Japanese Rakuten(TYO: 4755) and Qoo10.