SEOUL, South Korea, July 1, 2021 /PRNewswire/ — As of July 1st, a functional shampoo ‘Pro-change Black Shampoo’ recently launched in the US market by a bio-cosmetics company MODA MODA Inc. (President Aiden Bae) has exceeded its target funding amount by 0000% in 9 days after its launch. (MODA MODA Kickstarter) 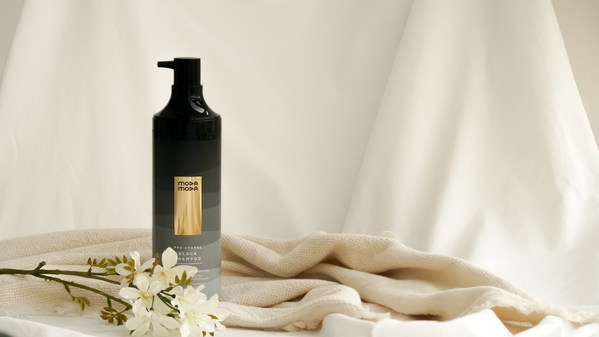 MODA MODA Shampoo, recorded the highest amount of funding among all shampoo categories available on Kickstarter

As a result of the long-term collaboration with KAIST(Korea Advanced Institute of Science & Technology)  technicians and five years of joint development with a world-renowned authority in chemical research, Chair Professor Haeshin Lee, this product is the first in the world to apply the browning phenomenon in which fruits such as apples and bananas turn black in exposure to oxygen. Such a mechanism helps gray hair darken into blackish-brown color gradually without any pernicious hair dye ingredients.

Simultaneously as the product launch, MODA MODA is receiving keen interest from the local market, with products being introduced in the major US media outlets such as Bloomberg, AP, Google, and Yahoo portals. It is expected to break the record for the most considerable funding round among other similar products.

Meanwhile, after the funding on Kickstarter ends, the product will be sold on major on-and-offline distribution channels such as Amazon, Shopify, and large marts in the US. Then, from mid-July, it will settle an official sales network in the Korean market through the MODA MODA’s official online mall (www.imodamoda.com), department stores, supermarkets, drug stores, etc.

The official selling price of MODA MODA Pro-Change Black Shampoo in the US is USD 34.00 based on 310g of authentic product.

MODA MODA Inc. is a global haircare brand launched in April 2021. After five years of joint research and development with KAIST Chair Professor Haeshin Lee, we created an effective patented ingredient for aging hair. Based on this original technology, we launched the functional shampoo brand ‘MODA MODA’ in March 2021.

MODA MODA’s first product, Pro-change Black Shampoo, was first released in the United States in June 2021 and sold on Amazon and Wal-Mart. Then it will be officially launched in Korea and be available in mid-July 2021 at department stores, supermarkets, and drugstore chains.