Home Off The Wire Kikitrade Raises $12M for Asia Pacific Expansion, Brings in Strategic Investment from... 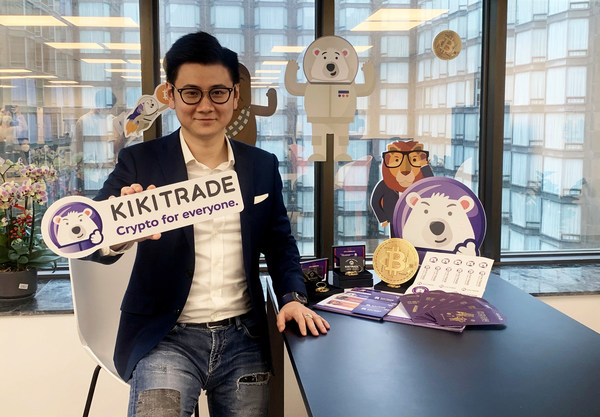 Allen Ng, co-founder of Kikitrade said the strategic backing from the legendary investor Alan Howard gives him and the team a great deal of confidence to continuously innovate and drive the mass adoption of digital assets.

Alan Howard’s backing came shortly after Kikitrade closed its US$8 million pre-series A funding round in April, joined by a group of eminent international investors including Sequoia-affiliated Dragonfly Capital, blockchain gaming unicorn Animoca Brands and Ethereum co-founder Joseph Lubin. The extended round brought Kikitrade’s total capital raised to US$12 million.

Debuted in Q4 2020, Kikitrade has recorded a robust growth in 2021, with its total number of registered users doubling in the last two months. More than two-thirds of its users are millennials or Generation Z.

The fresh capital will be invested in continuous product innovation, compliance, and user acquisition across Asia – with an emphasis on Southeast Asia, Australia, Taiwan, and Hong Kong – where cryptocurrencies’ penetration rates are significantly lower than that in the United States.

Allen Ng, co-founder of Kikitrade, said, “The strategic backing from Mr. Alan Howard, a legendary investor that my team and I look up to, gives us a great deal of confidence to continuously innovate and drive the mass adoption of digital assets.”

“Kikitrade has built an extremely user-friendly platform to enable adoption of digital assets among millennials and Gen Z users and we are very excited to partner with the team as they scale the platform in APAC,” said Alan Howard.

Kikitrade is an all-in-one crypto investment platform that allows beginners to purchase and manage digital assets at ease, with a minimum investment amount of just US$1. The company was incubated by Everest Ventures Group (EVG) in 2020, a digital assets company that has participated in many renowned blockchain projects. Kikitrade strives to be the most secure and user-friendly gateway for millennials and first-time investors to start their crypto investments.

Alan Howard is the co-founder of Brevan Howard Asset Management, one of the world’s top macro-hedge funds. He has invested in multiple leading companies in the blockchain space, including Europe’s largest digital assets investment house Coinshares, Intercontinental Exchange-owned crypto start-up Bakkt, and EOS’s developer Block.one. He is also a large shareholder of Elwood.io, a tech platform that enables institutions to access crypto markets.