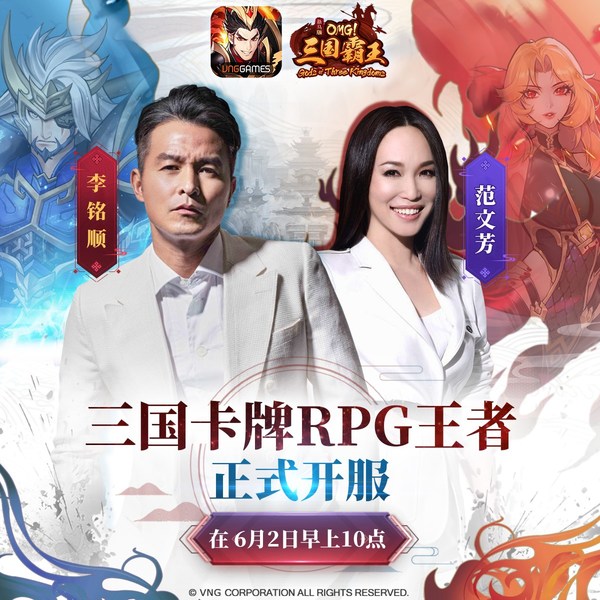 OMG! Gods of Three Kingdoms is the latest Three Kingdoms-inspired tactical role-playing game. Successfully launched with millions of players in Thailand and Vietnam, this game is more than ready to make a new big splash in Singapore and Malaysia from today.

Stepping into the world of OMG! Gods of Three Kingdoms, players will be taken to the New Era of Three Kingdoms RPG Strategic Battle. Together with a wonderful visual, the game offers a satisfying and strategic gameplay experience, challenging players with a unique blend of RPG combat and auto-battle mechanics.

The 3×3 battle formation of this game is also another worth-playing feature. Players can use one main and 5 other heroes to form a line-up against each other. Each hero has a featured role in the formation, which varies from Commander, Vanguard, Strategist, Defender, Supporter, and Assassin. The main character, who represents the players, also has his/her role. However, he/she is more flexible to change their role using the Fashion system.

Not stopping there, each character’s skill effects are also greatly invested in. Each martial artist in the game has a set of 4 distinct skills, making players constantly enjoy watching each move.

Aside from the usual campaign missions, players can also complete sidequests, farm for resources, find valuable treasures, or even uncover hidden dungeons within the campaign. All players will get 50 free draws on the gacha machine once they reach level 6, ensuring everyone will have a good stack of warriors to start conquering this world.

VNGGames is recognized as one of the leading game publishers based in Vietnam, part of VNG Corporation – Vietnam’s first-ever unicorn start-up (The Asean Post). With 16 years of experience in publishing games in Vietnam markets and some foreign regions, VNGGames is now seriously taking further steps to conquer the global stage, starting with SEA markets.

Return of the Mouse Plague in Queensland