Hangzhou, China, May 31, 2021 /PRNewswire/ — DC Battle Arena is a DC genuine authorized superhero fighting mobile game and is released today. The game is developed by Electronic Soul BBQ Studio in partnership with DC.

The developer of “DC Battle Arena” is Barbarq, who is also the developer of “BarbarQ”. “Barbarian Battle” is a novel and unique, casual and interesting game, attracting a large number of young users . In the first month of the release, the number of daily active users exceeded one million. Up to now, the number of registered users worldwide has reached more than 100 million. “DC Battle Arena” has improved the quality a lot on the basis of “BarbaQ”. 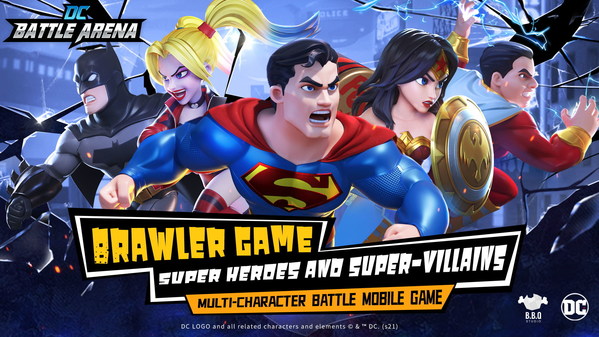 In “DC Battle Arena”, players can play Superman, Batman, Wonder Woman and other DC familiar characters to fight. The unique skills of each character are restored in the game. At the same time, some DC fans have discovered that game developer set up a lot of ingenious eggs on the game map.

The game has made some innovations in the gameplay. The game has multiplayer brawl modes, 1v1, 2v2v2, 3v3v3 and many other modes, and some map elements such as survival and resource supplement locations are added to increase the game playability and make the game more interesting.

In order to make the match competition fairer, players will not fall behind too much in the match, and can use the random tech props on the map to win the final victory of the match.

If you want to collect DC All-Stars and enjoy the fun of casual brawl, download the game and play with DC fans all over the world.

Return of the Mouse Plague in Queensland