HONG KONG, May 24, 2021 /PRNewswire/ — Phillips is pleased to announce the sale of “Bitchcoin“ by conceptual artist Sarah Meyohas, an early pioneer in the crypto field. 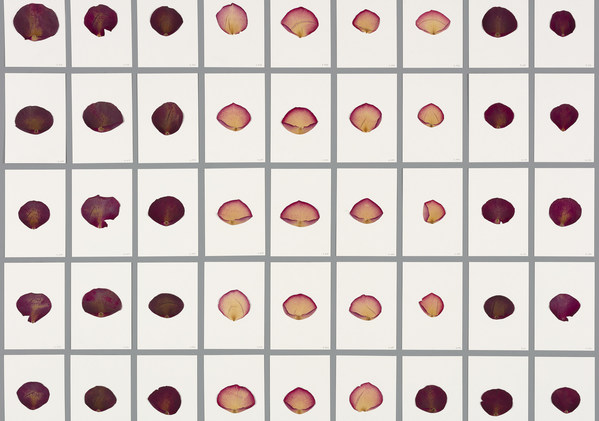 Predating the launch of Ethereum by five months, in February 2015, Meyohas released “Bitchcoin“, one of the first tokenizations of art on the blockchain. Though artworks in their own right, these coins were tied to and redeemable for unique examples from the artist’s physical oeuvre. Now, working directly with the artist Phillips will offer 5 bundles of a total of 480 “Bitchcoins“ in an online-only sale, open for bidding from 25-28 May. These new “Bitchcoins“ are backed by pressed and preserved rose petals from Meyohas’ 2017 Cloud of Petals project. An immersive AI-driven event, the artist and 16 workers photographed 100,000 rose petals to create a foundational dataset to produce an infinite number of unique, algorithmically produced digital petals.

Sarah Meyohas, said, “In 2015, I released ‘Bitchcoin‘ as an artwork, a sincere funding model introducing blockchain, tokenization, and a satirical prediction of meme-ification into the realm of fine art. Six years later, these trends have become impossible to ignore. ‘Bitchcoin‘ is backed, much like the gold standard, by physical proof-of-work; each token from this release is tied to a rose petal relic from my Cloud of Petals exhibition in 2017. Each chosen for its intimate beauty, the petals commit to the physical world and the beauty of human subjectivity, and as tied to ‘Bitchcoin‘, they unlock the potential of decentralized exchange. Images have currency. Ideas have currency. It’s only when they circulate, when they are exchanged, that realities come into view.”

Rebekah Bowling, Phillips’ Senior Specialist of 20th Century & Contemporary Art, added, “Sarah Meyohas is renowned for both her conceptual artworks and the innovative vision that she has brought to the field of digital tokenization, first experimenting with these works years before most had realized the true potential in the area. Her ‘Bitchcoins‘ are a bridge between crypto and fine art worlds and we’re thrilled to have the opportunity to bring them to our community of collectors around the globe.”

At the time she created “Bitchcoin“, Meyohas was a recent graduate of the prestigious Wharton School of the University of Pennsylvania in the process of completing her MFA at Yale University. Thinking deeply about art, markets, and her own agency in the art world as an emerging artist, Meyohas considered the speculative value of cryptocurrency in relation to the inarticulable subjective value of art; she realized that by minting artworks as cryptocurrency and creating cryptocurrency as art she could reclaim agency over her own market, a feminist appropriation of a male-dominated technological breakthrough. Thus, “Bitchcoin“ was born. The blockchain-verified nature of the coin, moreover, ensured the uniqueness of each constituent part — the coin as well as the artwork — and established what is essentially the proto-NFT, a distinctive artwork registered as such on the blockchain, created even before the advent of Ethereum. Those who invested in Bitchcoin could either hold them, sell them, or trade them in for a photograph by the artist, at which point the surrendered “Bitchcoin“ would be burned. The original “Bitchcoin“ launch in 2015 was done in collaboration with Where, a gallery and on-demand publishing project headquartered in a 40-foot shipping container in Brooklyn, New York. Where is produced by the writer Lucy Hunter and the artist R. Lyon.

This series of “Bitchcoins“ are tied to the artist’s 2017 Cloud of Petals Project. Meyohas employed 16 workers for an in-situ data collection ritual at the former research and development center of Bell Laboratories. The men meticulously plucked, preserved, and photographed 100,000 rose petals to amass a dataset used by advanced artificial intelligence capable of producing new, unique petals ad infinitum. To inject human subjectivity into the equation, the workers set aside the one petal per rose that they considered the most beautiful. The 3,291 chosen petals were pressed, preserved, and exhibited as the centerpiece of the artist’s Cloud of Petals exhibition at Red Bull Arts in New York. The petals are the artifacts of a documented performance; materially limited, unique, and distinguished by their alluring minutiae. They are the proof of work of the Bell Labs event. As each “Bitchcoin“ is backed by a relic from this event, the value of the cryptocurrency is intrinsically tied to the inarticulable value of art in the physical world.

Five bundles of “Bitchcoins“ will be released in Phillips’ sale: the first of 160 tokens and each successive bundle as a group of 80 “Bitchcoins“. Each “Bitchcoin“ is backed by and redeemable for a relic created from a rose petal from the Cloud of Petals event and is uniquely registered on the Ethereum blockchain, establishing the symbiotic value of token and backing.

Sarah Meyohas is a conceptual artist whose practice considers the nature and capabilities of emerging technologies in contemporary society. Using the familiar emblems of biological life, Meyohas investigates the complex technological operations that increasingly govern our world: soaring birds, created using augmented-reality software, flock in unison with the frenetic variations of the stock market; rose petals, aggregately identical but individually unique, represent the binary language of computers and comprise the dataset for their AI-created equivalents; “Bitchcoin“, a cryptocurrency created in 2015 and backed by real-life artworks — essentially the world’s first NFT — questions the speculative value of digital currency as well as the ineffable value of art. Meyohas creates an intelligible visual language to articulate the systems, algorithms, and technologies that increasingly influence our daily lives.

Meyohas’ work has been featured in exhibitions in New York at Red Bull Arts, 303 Gallery, and the New Museum of Contemporary Art as well as at international institutions including the Barbican Centre, London, the Jameel Arts Center, Dubai, and the Ming Contemporary Art Museum, Shanghai. Meyohas has been featured in The New York Times, Vice, Artforum, and The Atlantic, among other publications, and has appeared on CNBC, PBS, and CBC. Her film Cloud of Petals has been screened at various film festivals around the world, including the Minneapolis St. Paul International Film Festival and the Locarno Film Festival. In 2017 she was named to the Forbes 30 under 30 list. Meyohas holds dual degrees in Finance and International Relations from the University of Pennsylvania and in 2015 received her M.F.A. from Yale University.

Phillips is a leading global platform for buying and selling 20th and 21st century art and design. With dedicated expertise in the areas of 20th Century and Contemporary Art, Design, Photographs, Editions, Watches, and Jewelry, Phillips offers professional services and advice on all aspects of collecting. Auctions and exhibitions are held at salerooms in New York, London, Geneva, and Hong Kong, while clients are further served through representative offices based throughout Europe, the United States and Asia. Phillips also offers an online auction platform accessible anywhere in the world. In addition to providing selling and buying opportunities through auction, Phillips brokers private sales and offers assistance with appraisals, valuations, and other financial services.