Declaring “Open relationships are the new normal“, Kirova takes over from Dimo Trifonov, who founded the dating app for threesomes and open relationships, inspired by Ana in 2014

LONDON, April 6, 2021 /PRNewswire/ — With more and more people worldwide questioning monogamy, Feeld, the world’s largest dating app for singles and couples seeking open relationships, today announced the appointment of a new female CEO: Ana Kirova. Kirova, currently the Chief Product Officer for the business and the inspiration for the app, takes the helm at a pivotal point in Feeld’s development beyond its reputation as the ‘app for threesomes’ to cement the app in an emerging culture of ethical sexual openness. 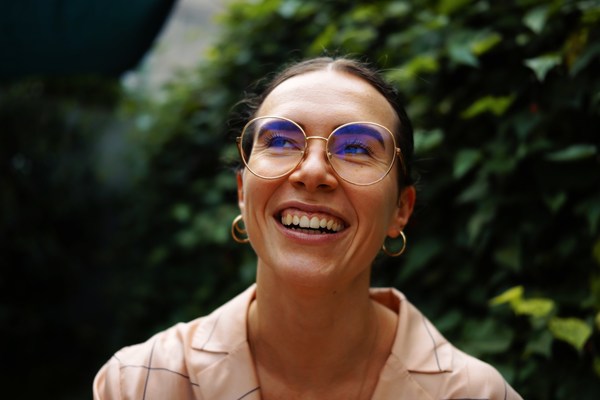 Since January 2019, Feeld’s active users have grown by 160%, consolidating it as the largest dating app of its kind. Citing research showing that 35% of Generation Z respondents question monogamous relationships, Kirova’s focus will be on building upon Feeld’s foundations of trust, safety, and openness as sexual boundaries disappear.

“Open relationships are the new normal,” said Kirova. “We are an instrument of a new, progressive sexual culture that helps normalize sexual freedom and self-realization.”

Kirova takes over from Dimo Trifonov, who in 2014 founded the app inspired by Kirova and their relationship. About the appointment, Trifonov said: “Ana embodies what Feeld stands for—openness, discovery and empowerment. Her empathetic, motivational leadership style will only enable the company to thrive.”

Kirova joins an illustrious group of women, including Whitney Wolfe Herd of Bumble, the Kang sisters of Coffee Meets Bagel and Charly Lester of Lumen, making waves as female leaders in the traditionally male-dominated dating industry. However, Feeld owns its own space championing diversity and inclusion while pushing the boundaries of progressive sexuality. Feeld added 20+ sexualities and gender identities for users to select and created the ‘paired profiles’ feature, allowing couples to explore their dating experience together.

Kirova now leads a leadership team that is 50 per cent female and an organization distributed remotely across ten cities around the world. As Kirova says, “I see a future where we at Feeld have reached new heights, changed people’s lives for the better, normalized sexual desires, making humans a bit more curious, and the world a bit kinder as a result. I can’t wait to lead the team at Feeld on this journey.”

Feeld is the world’s largest sex-positive dating app for singles and couples. Open to all genders and sexual identities, Feeld allows members to join solo or pair up with a partner, a lover or a curious friend. Founded in London in 2014, Feeld is a fully remote, design-led company dedicated to creating an inclusive space where everyone can be honest with themselves while being responsible towards others.

IAS Signal is Enhanced to Include Total Visibility™ Dashboard

DeepBrain AI targets Singapore with its AI Human (Virtual Human) Solution as a next step to expand its market in the APAC region.

See the Northern Lights In Daylesford this winter