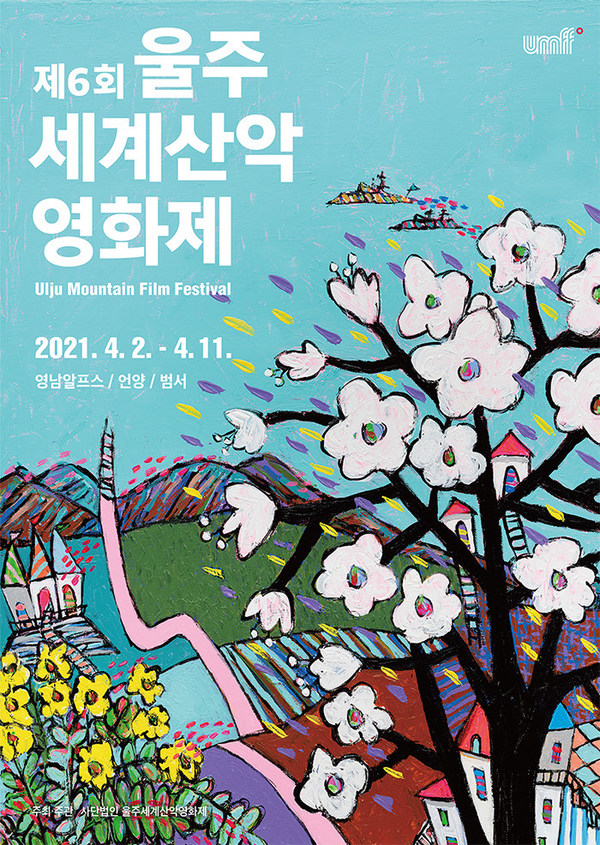 This photo, provided by the organizing committee of the 6th Ulju Mountain Film Festival, shows the event’s official poster. The festival will be held in Ulju from April 2-11. (PHOTO NOT FOR SALE)

The UMFF On Air overseas service, which is the first time to offer online screening among domestic film festivals, will be held with even more contents. Improvements were made so that the audience can see 64 films throughout the film festival, compared to last year when the screening periods differed depending on the movie.

This year’s UMFF slogan is “My green mountain” and is filled with movies with messages of youth and hope offered by green mountains. The film festival will be composed of films on alpine hiking and climbing movies that continue the alpinism spirit, parkour that will help beat Corona blues, as well as movies on mountain sports such as ultrarunning, trail running and mountain biking.

Like last year, the 6th Ulju Mountain Film Festival UMFF On Air is systemized so that the audience can make reservations and watch the films at the official website (umff.kr) of the Ulju Mountain Film Festival. Visit the official website and certify an e-mail to purchase an UMFF On Air ticket (5 dollars). After purchasing an UMFF On Air ticket, visitors can watch all 64 films from 00:00 on April 2 until 11:59 on April 11 (Korea time).