–Show your love for Pakistan Day on SV

Released on 13th March, the patriotic song fills people’s hearts with patriotism, and it reminds people of compassion, tolerance, brotherhood and the feeling of oneness. The song is performed by renowned singers, Ali Zafar and Aima Baig, and it highlights the ideology of unity, resilience, and an indomitable resolve of Pakistanis. SnackVideo has invited KOLs to join the song’s shooting, showcasing the rejuvenated spirit of the nation. In addition, SnackVideo is seeking for a group of exclusive original singers and musicians on the platform to produce patriotic songs concerning the same ideology of unity and resolution.

SnackVideo is also launching a hashtag campaign #PakistanZindabad for Pakistan Day. By uploading videos to show their love and commitment with the hashtag #PakistanZindabad, Pakistanis in a multicultural society can re-energize the passionate feeling of unity with SnackVideo. Every participants will have the opportunity to get special avatar frames with national flag on it, and videos of top popularity will be awarded with cash prize up to 20,000 PKR. Creators who make videos of best quality and most likes will get a chance to win OPPO F17 phone worth 39,000 PKR. 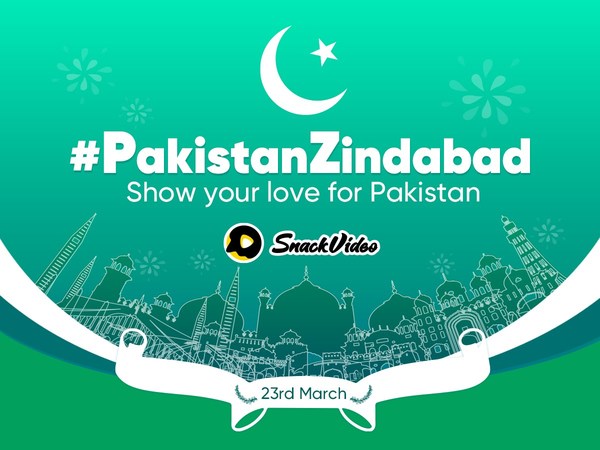 Show your love for Pakistan

On this memorable day, let us breathe new life into our patriotism and devotion with SnackVideo to make it a happy, united and prosperous Pakistan.