BERLIN, Oct. 14, 2020 /PRNewswire/ — Enapter, the leader in breakthrough AEM electrolysis technology, has announced plans to build its first mass-production facility in North Rhine-Westphalia, Germany. The ‘Enapter Campus’ will be built in the climate community of Saerbeck, including both a production centre and extensive R&D facilities that will enable scaled-up manufacturing of their modular systems for green hydrogen production. 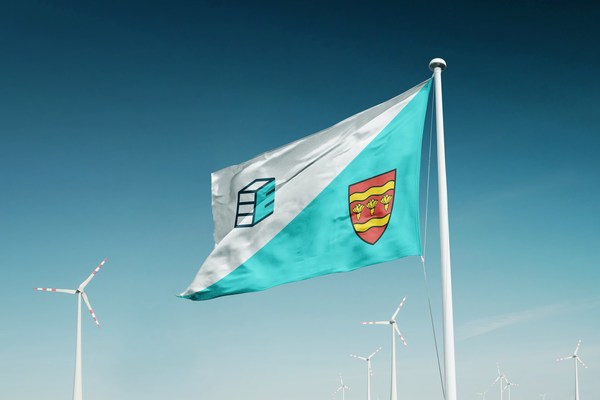 Construction on the 76,000 sq. m plot of land, located 30km from the city of Münster, is planned to begin in early 2021. The Campus is expected to be completed and operational in 2022.

“We were overwhelmed by the exceptional conditions for green business offered throughout Germany as we investigated 140 locations for our Campus. However, Saerbeck won us over with 100% locally produced renewable energy and its inviting infrastructure. We have found the perfect location for scaling up the production of our ground-breaking AEM electrolyser technology – and moving one step closer to making green hydrogen affordable and accessible to all.”
– Sebastian-Justus Schmidt, Chairman at Enapter.

The Enapter Campus will run on the plentiful renewable energy provided by Saerbeck’s solar, wind and biomass plants – and from The Campus’s own solar arrays and hydrogen storage systems.

“The settlement of a new factory for hydrogen electrolysers, creating up to 300 qualified positions, shows that North Rhine-Westphalia is making progress on its way to becoming a hydrogen region. This autumn, the state government plans to present its roadmap for driving forward hydrogen technology, together with industry. This will allow us to massively lower CO2 emissions and simultaneously ensure that our businesses also remain competitive in the future.”
– Prof. Dr. Andreas Pinkwart, North Rhine-Westphalia State Minister for Economy, Innovation, Digitalisation and Energy

The automated mass production capabilities of the new site will be vital for creating the economies of scale needed for the modular green hydrogen technology to reach price parity with grey hydrogen production. The modules are currently manufactured at Enapter’s serial production facility in Pisa, Italy, where further expansion is also taking place.

Enapter is striving for sustainable industrial production and operation with the Campus, including zero waste concepts and a facility for recycling end-of-life electrolysers. Saerbeck’s infrastructure will help with the implementation of zero waste concepts: For example, regional produce will be used in the Enapter Campus canteen, with the food waste then sent to the community biomass facility, producing even more electricity to power electrolyser mass production.

About Enapter: Enapter is an award-winning company that manufactures highly efficient, modular hydrogen generators using Anion Exchange Membrane (AEM) electrolysis. Its patent-protected core technology has a 10-year proven track record and allows for the creation of unique, low-cost, and compact electrolysers. They are used in more than 30 countries, in industries like energy, mobility, telecommunications, heating and more. Enapter has offices in Italy, Germany, Thailand and Russia. www.enapter.com

ARTM TO LAUNCH EXCLUSIVE NFT AND METAVERSE PLATFORM 1of1

QUAY SERVES UP STYLE THIS SUMMER AT THE 2022 AUSTRALIAN OPEN